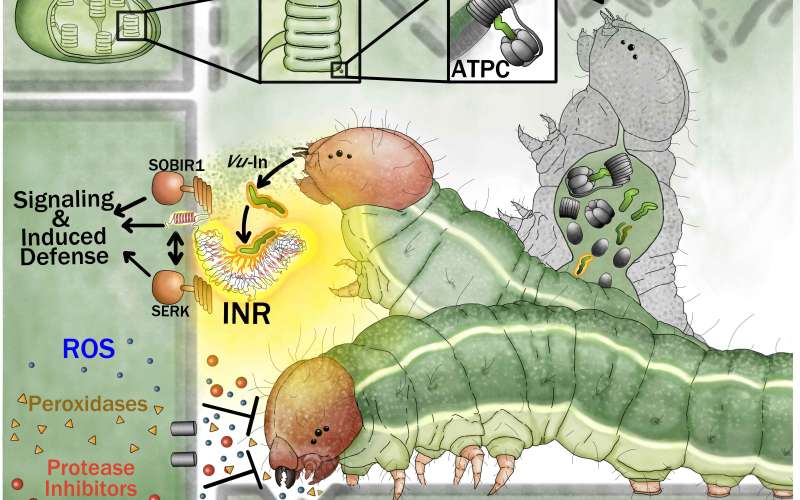 Researchers from the University of California San Diego have detected the first key biological receptor that serves as an alarm in plants that triggers when herbivores attack them. This receptor functions like the immune system of humans to counter viruses in the body. The results were published in the Proceedings of the National Academy of Sciences.

Scientists have known that plants protect themselves from the damages brought about by hungry caterpillars and herbivores. The plant's biological mechanism for countering this natural phenomenon has captured the interest of plant biologists for decades to help them develop new strategies for improved plant health.

The researchers used forward genetics to pinpoint genetic variants that led them to the discovery of the inceptin receptor (INR) in bean plants. INR senses conserved plant protein fragments that are accidentally released by caterpillars as digestive products during munching thereby recognizing attack.

The discovery of INR in beans raises interest in discovering other potential receptors to boost defenses in essential agricultural crops. "Our work provides some of the earliest defined mechanistic insights into the question of how plants recognize different attacking herbivores and activate immunity to animals. It is a fundamental question in biology that has been pursued for 30 years," said Eric Schmelz of UC San Diego's Division of Biological Sciences.

For more details, read the article in the UC San Diego News Center.