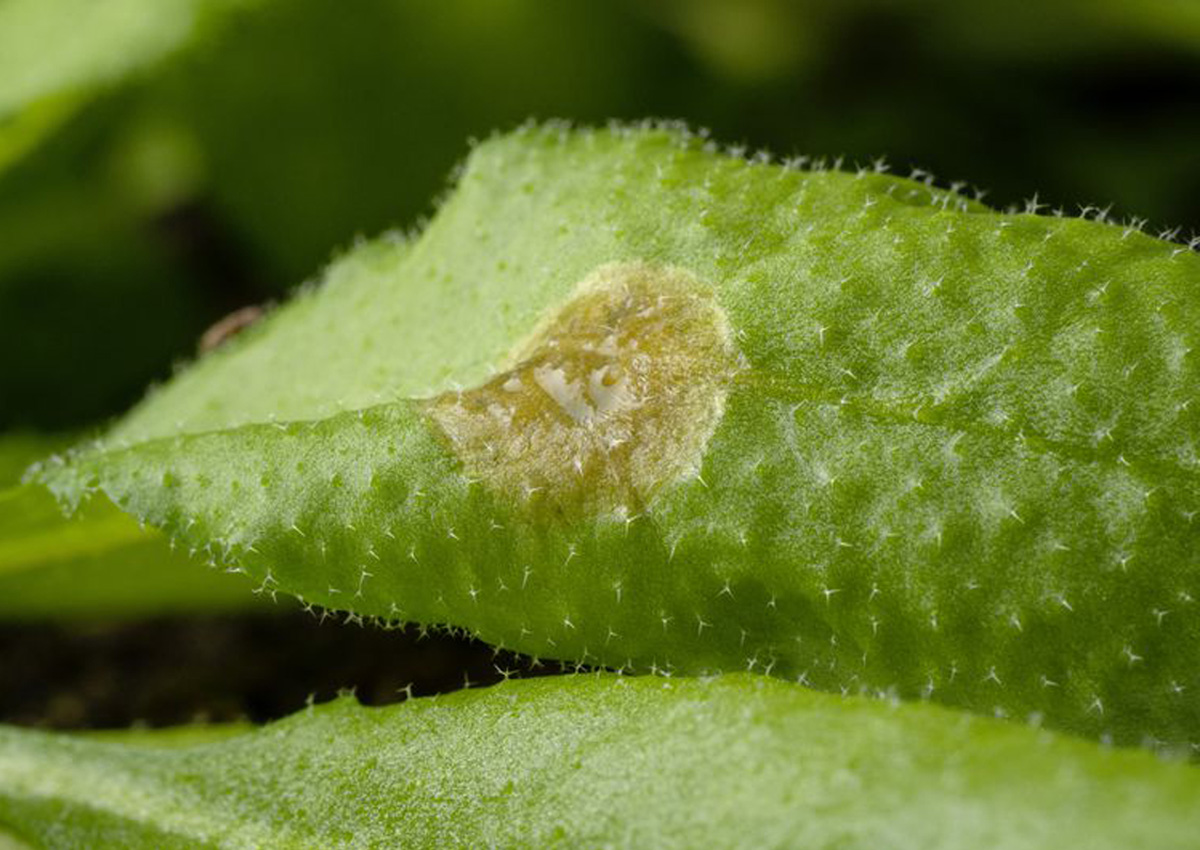 Cabbage plants defend themselves against herbivores and pathogens through a defensive mechanism called the mustard oil bomb. When the plant tissue is damaged, toxic isothiocyanates are formed and can effectively fend off attackers. In a new study, a team of researchers from Max Planck Institute for Chemical Ecology and the University of Pretoria has now been able to show that this defense is also effective to some extent against the widespread and detrimental fungus Sclerotinia sclerotiorum. However, the pathogen uses at least two different detoxification mechanisms enabling the fungus to successfully spread on plants defended in this way. The metabolic products thus formed are non-toxic to the fungus, allowing it to grow on these plants.

Sclerotinia sclerotiorum is a devastating fungal pathogen that infects more than 400 different plant species. Wilting is the main symptom of the disease called Sclerotinia wilt or white mold. Other symptoms include white, cotton-like fungal spores that overgrow plant leaves and stalks. In agriculture, rapeseed cultivation is particularly at risk, as well as other members of the cabbage family, potatoes, legumes, and strawberries.

The researchers showed experimentally that the defense based on glucosinolates is actually effective against fungal attacks. They discovered two different strategies of the white mold fungus to detoxify the defensive substances. The first is a general detoxification pathway that binds glutathione to the isothiocyanate toxins. The second and far more effective way to render the isothiocyanates harmless is to hydrolyze them. Genes that enable the successful detoxification of these substances are called Sax genes after experiments with the model plant Arabidopsis thaliana: Survival in Arabidopsis eXtracts.

Using high-resolution analytical methods, the scientists identified and quantified metabolites produced by the fungus during detoxification. They also used mutants of the fungus in which the SaxA-encoding gene had been knocked out for comparison. This revealed that the Sax protein of the white mold fungus is active against a range of isothiocyanates, allowing it to colonize different plants of the cabbage family.

For more details, read the news article in the Max Planck Institute for Chemical Ecology website.