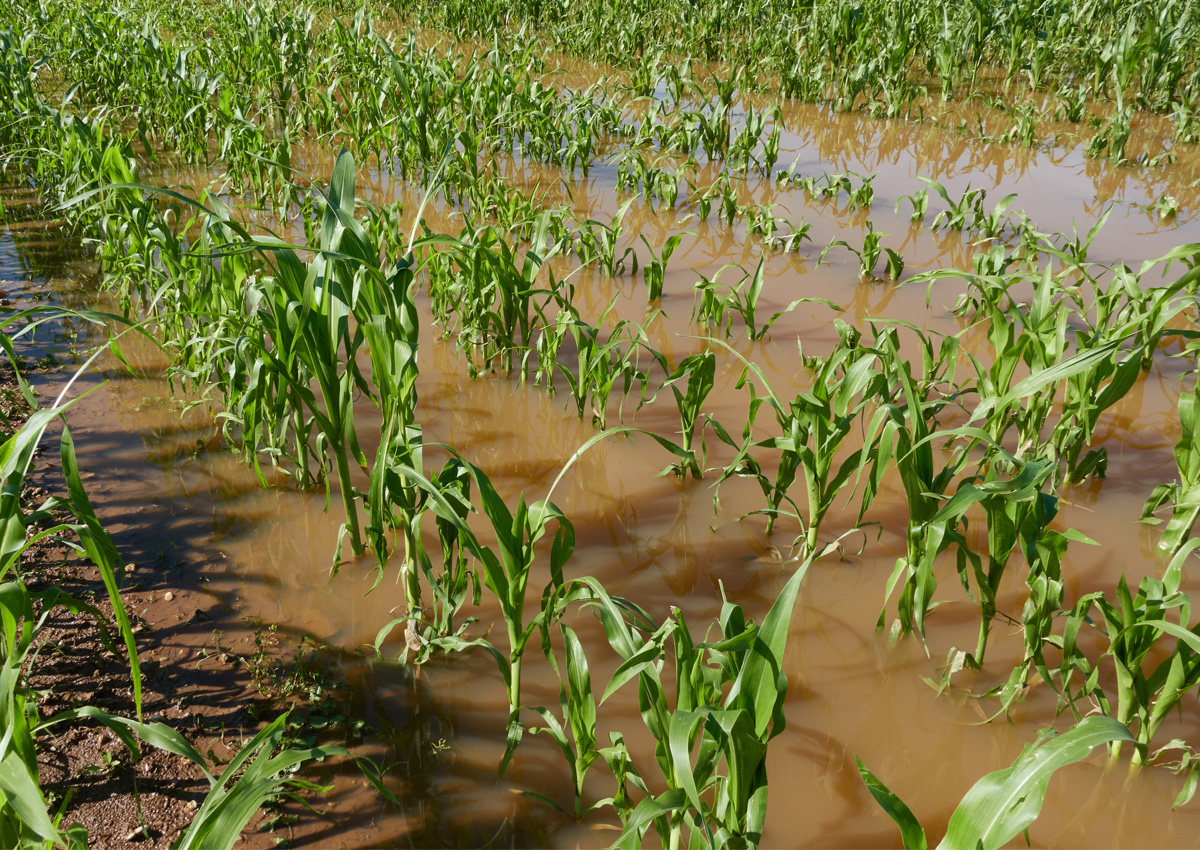 Frequent droughts, fires, and floodings have been on the rise worldwide as consequences of climate change. Floods cause major losses in agriculture with 15 percent of global crop losses being due to flooding.

A collaboration between researchers from the University of Freiburg, Utrecht University, Rothamsted Research, and the University of California, Riverside have discovered a signaling molecule that can make plants more resistant to flooding. The research team found that the gaseous plant hormone ethylene causes the plant to switch on a kind of molecular emergency power system that helps it survive the lack of oxygen during flooding.

The team had previously demonstrated that ethylene sends a signal to the plant that it is underwater. They found that pretreating the experimental plants with ethylene improved their chances of survival. The results, which appeared in the journal Plant Physiology, should help to combat waterlogging and flooding in agriculture and, for example, to develop resistant plant varieties.

For more details, read the press release from the University of Freiburg.