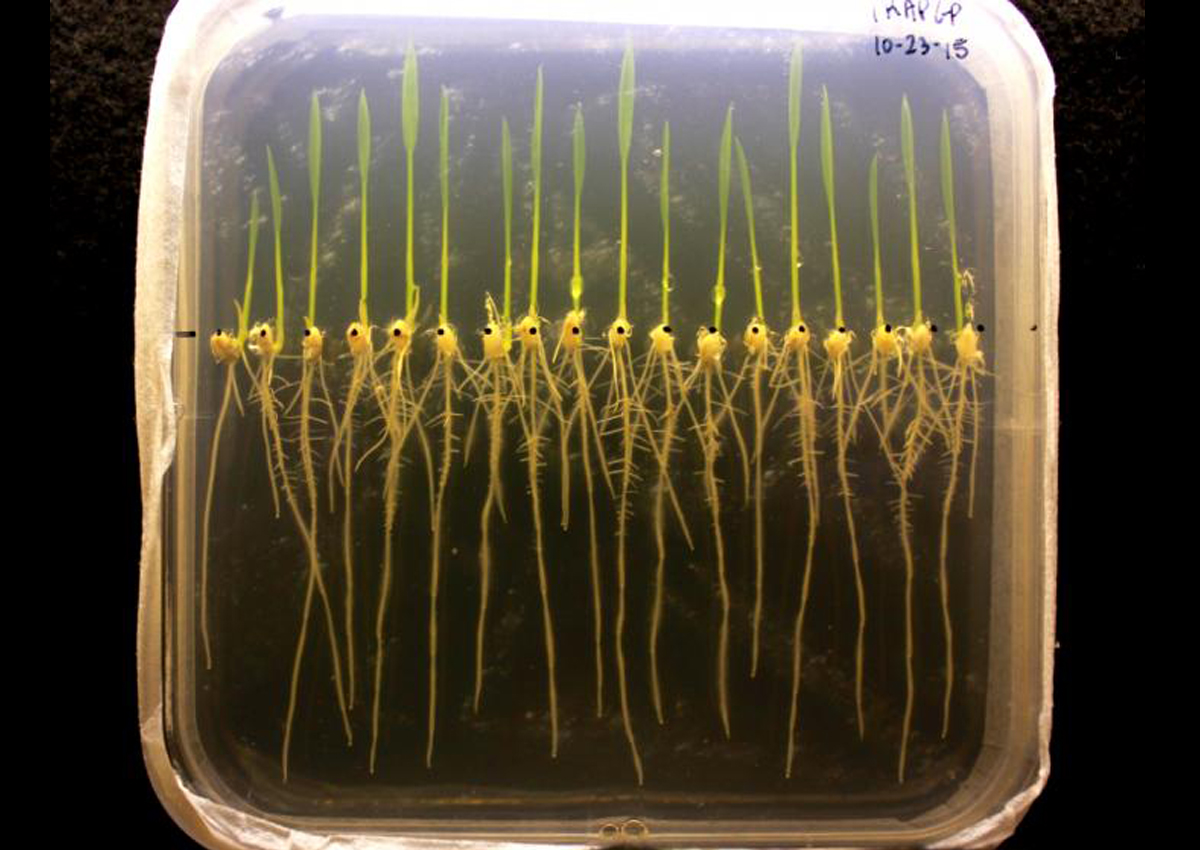 Rice seedlings, which are the first responders to a flood, react to complete submergence. Photo Source: Germain Pauluzzi/UCR

Of all the major food crops, rice is the only crop that can survive flooding. A new research conducted by scientists at the University of California Riverside (UC Riverside) could soon change this as some of the genes involved in adaptation in rice also exist in other plants. The scientists found that a wild-growing tomato, a tomato for farming, and a plant similar to alfalfa share at least 68 gene families that are activated as a response to flooding. The UC Riverside team hopes to use the knowledge about rice in activating the genes in other plants to help them survive waterlogging.

The research team led by UC Riverside professor of genetics Julia Bailey-Serres examined cells located at the roots' tips as roots are the first responders to flood. Root tips and shoot buds are also where the plant's prime growing potential resides. These two regions contain cells that can help a plant become more resilient to flooding.

The genes involved in flooding adaptations are called submergence up-regulated families (SURFs). While UC Riverside researchers performed flooding experiments and analysis of rice plant genomes, their colleagues at UC Davis did the same with the tomato species while the alfalfa-type plant work was done at Emory University. They found that SURFs were activated in all the plants during flooding experiments, but their genetic responses were not as effective as in rice. The group now plans to conduct additional studies to improve survival rates of the plants that currently die and rot from excess water.