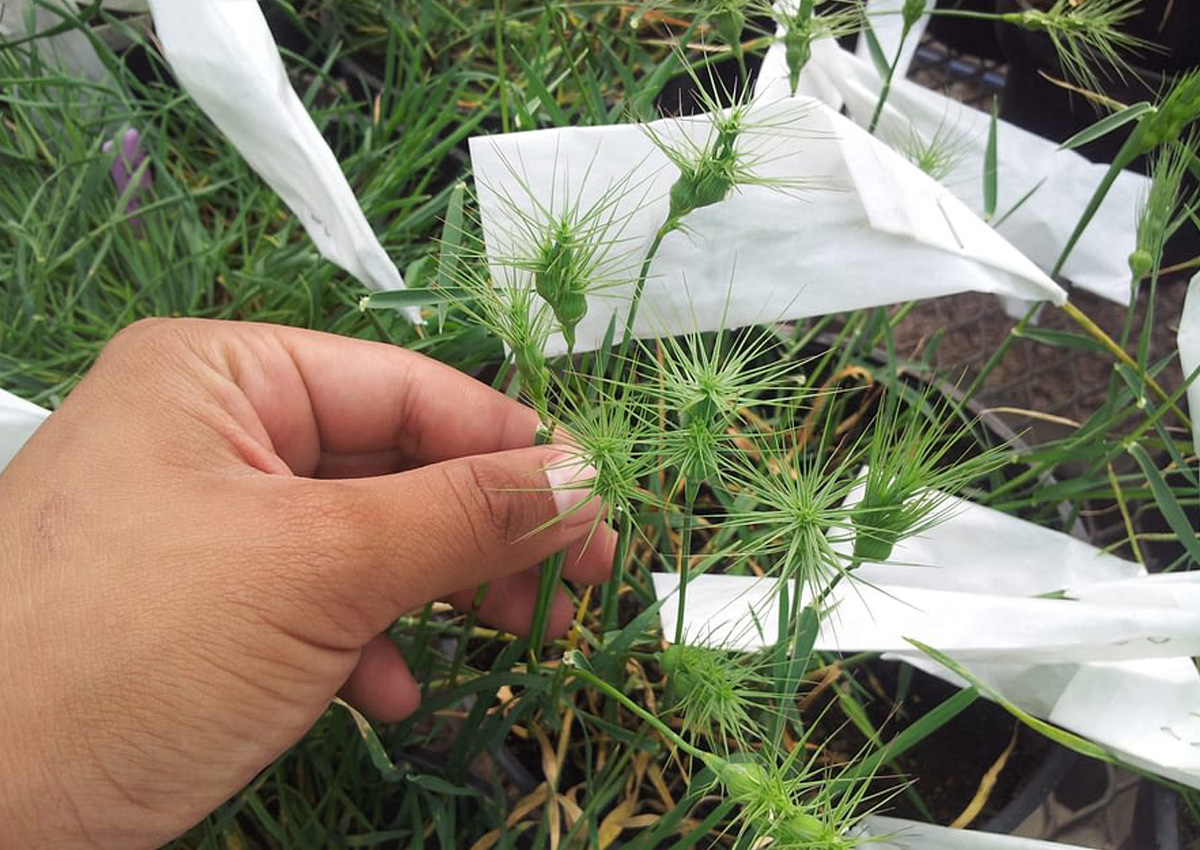 A researcher holds a plant of Aegilops neglecta, a wild wheat relative. Approximately every 20 years, CIMMYT regenerates wheat wild relatives in greenhouses, to have enough healthy and viable seeds for distribution when necessary. (Photo: Rocío Quiroz/CIMMYT)

The research led by Sukhwinder Singh of the International Maize and Wheat Improvement Center (CIMMYT) as part of the Seeds of Discovery project extends many potential benefits to national breeding programs, including improved wheat varieties better equipped to thrive in changing environmental conditions. The findings build from research undertaken through the Seeds of Discovery project, which genetically characterized nearly 80,000 samples of wheat from the seed banks of CIMMYT and the International Center for Agricultural Research in the Dry Areas (ICARDA).

The team performed a large meta-survey of wild wheat varieties from genebanks to create a catalog of improved traits. They then developed a strategic three-way crossing method among 366 genebank accessions and the best historical elite varieties to reduce the time between the original introduction and deployment of an improved variety.

The diverse new germplasm is being tested in major wheat-producing areas, including India, Kenya, Mexico, and Pakistan. In Mexico, many of the lines showed increased resistance to abiotic stresses; many lines tested in Pakistan showed increased disease resistance; and in India, many tested lines are now part of the national cultivar release system. Overall, national breeding programs have adopted 95 lines for their targeted breeding programs and seven lines are currently undergoing varietal trials.

For more details, read the article on the CIMMYT website.