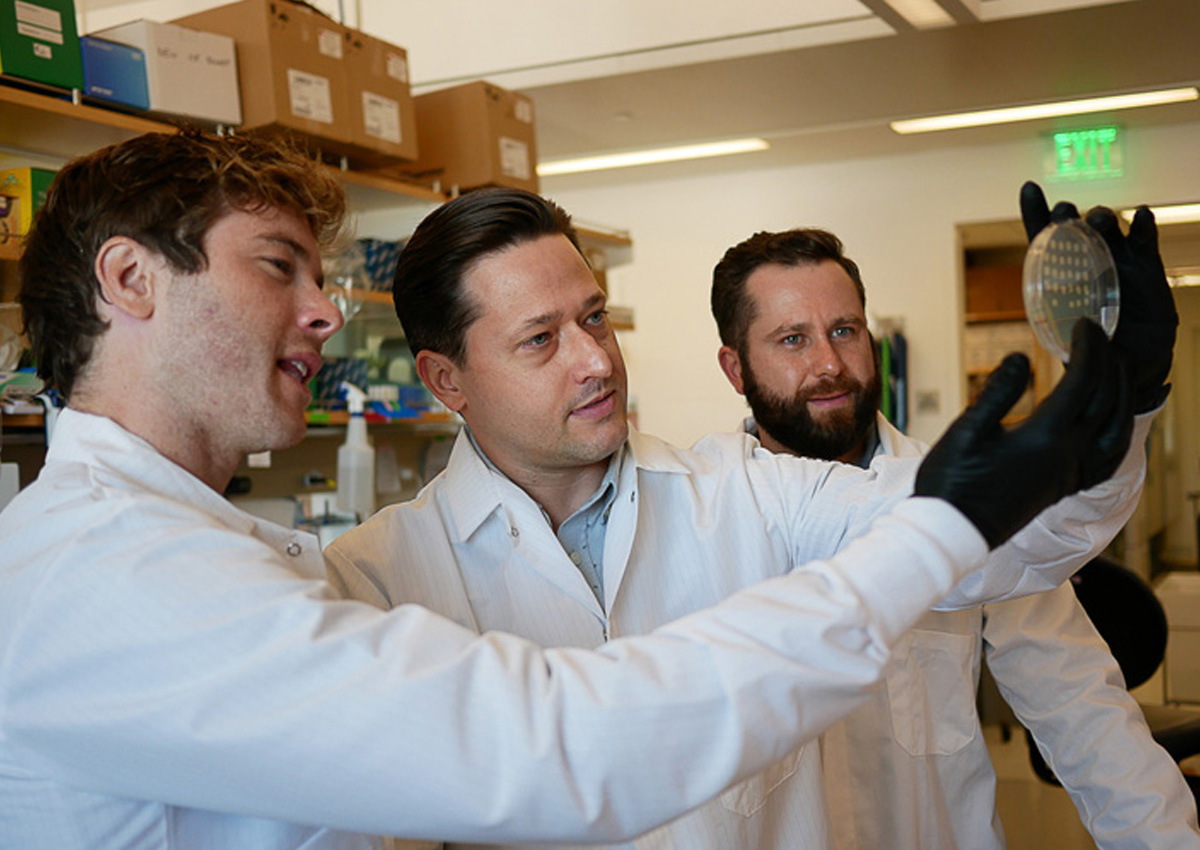 Since their discovery, CRISPR enzymes have been used to edit the genomes of one type of cell at a time. Now, the group that invented the CRISPR-Cas9 genome editing technology nearly 10 years ago has found a way to add or modify genes within a community of many different species simultaneously, opening the door to what could be called "community editing."

The technology is still exclusively applied in lab settings, but it could be used to edit and track edited microbes with a natural community, such as in the gut or on the roots of plants. The team first developed an approach to determine which microbes in a community are actually susceptible to gene editing. The screening technique called ET-seq (environmental transformation sequencing) uses as a probe a transposon, or jumping gene, that easily inserts randomly into many microbial genomes. By sequencing the community DNA before and after the introduction of the transposon, they were able to pinpoint which species of microbes were able to incorporate the transposon gene. In one experiment involving a community of nine different microbes, the team successfully inserted the same transposon into five of them using different transformation methods.

Also developed was a targeted delivery system called DNA-editing All-in-one RNA-guided CRISPR Cas Transposase (DART) that uses a CRISPR-Cas enzyme similar to CRISPR-Cas9 to home in on a specific DNA sequence and insert a bar-coded transposon. To test the DART technique with a more realistic microbial community, the researchers took a stool sample from an infant and cultured it to create a stable community composed mostly of 14 different types of microorganisms. They were able to edit individual E. coli strains within that community, targeting genes that have been associated with disease.

For more details, read the article in the Innovative Genomics Institute.