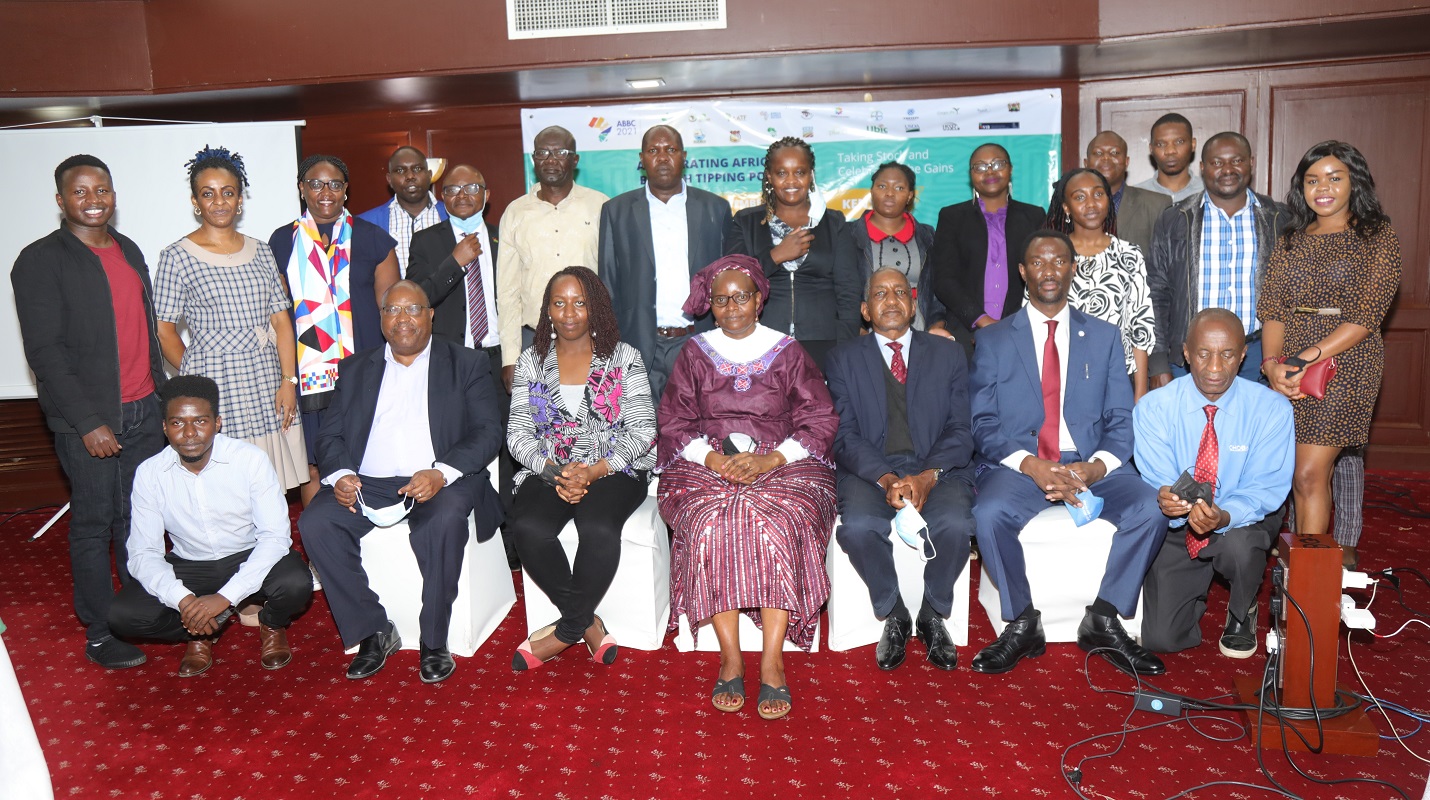 The fourth edition of the Africa Biennial Biosciences Communication Symposium (ABBC 2021) has concluded with the launch of the African Coalition for Communicating about Genome Editing, a platform that will foster open and transparent dialogue on genome editing on the continent. The launch was presided over by Kenya's Cabinet Secretary for Industrialization and Trade Hon. Betty Maina.

Hon. Maina joined a host of bioscience stakeholders in welcoming the Coalition exuding confidence that this initiative will be key in shaping the narrative and public perceptions on emerging gene technologies in Africa. "As ABBC 2021 takes cue to launch the African Coalition for Communicating about genome editing, I challenge African scientists to get out of their comfort zone and strive to ensure effective communication in non-technical languages to inform policy decisions and consumer choices," she appealed.

The African Union Development Agency (AUDA-NEPAD) pledged to support the Coalition. "The launch of an Africa Coalition for Communicating about Genome Editing could not have come at a better time than now. AUDA-NEPAD looks forward to working with the Coalition," said Prof. Aggrey Ambali, Head of Science, Technology and Innovation Hub at AUDA-NEPAD.

In his remarks, Vilgro Africa Co-founder and ISAAA AfriCenter Board Chairman Dr. Robert Karanja revealed that the Coalition will help in bridging the knowledge gap among scientists, policymakers and the public. "Bridging this gap requires multidisciplinary approaches and concerted efforts to ensure that scientific communication does not only happen in paper but is also embodied in the technology," said Dr. Karanja.

Dr. Dianah Ngonyama, Associate Director for Research Administration and Research Integrity Officer, Iowa State University, also the ISAAA AfriCenter Board Secretary, told the participants that the Coalition will host a wide database and repository on the progress of genome editing research in Africa. "This networking platform will help in strengthening partnerships and synergizing the pertinent research, policy and communication efforts in the region," said Dr Ngonyama in her virtual briefing to the ABBC2021 gathering.

The African Coalition for Communicating about Genome Editing will adopt a transdisciplinary approach to communication and public engagement. This will be done by enhancing soft skills for experts applying genome editing in Agriculture, Health and Environment to interact with those from Social Sciences researchers in the academia, policy leaders, private sector and the media in Africa thus encourage dialogue rather than endless debates.

ABBC 2021, which ran from 20th-24th September 2021, was held in a hybrid format with both in-person in six countries and virtual participation. Scientists and scholars, law makers and policy advisors, regulators, communicators, media practitioners, industry players and farmers from Africa and around the world took part in the five-day Symposium.