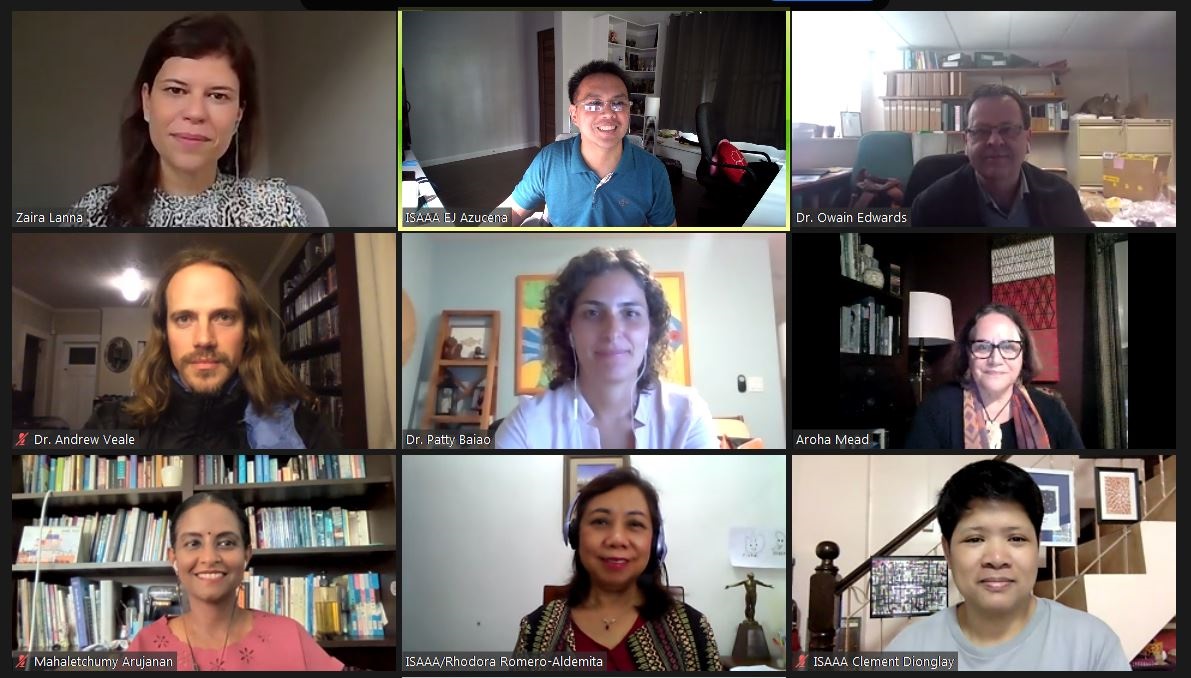 Gene drive strategies can help mitigate the threats caused by invasive species, particularly mammals and insects, and help address the environmental damages they made as well as their impacts on the community in that environment. This is according to the ISAAA webinar titled Could gene drive approaches be used to protect nature and recover biodiversity loss? held on June 24, 2021, via Zoom.

The webinar was the second session of the Gene Drive Webinar Series co-organized with the Biotechnology Information Centers and the Outreach Network for Gene Drive Research.

Dr. Patty Baiao, US Head of Operations of Island Conservation, explained how invasive species establish and overrule native species then modify the structure and species compositions of island ecosystems. It costs billions of dollars to manage and keep them at a population level that can be controlled. Fortunately, gene drives are effective in invasive species control in islands with an 85% success rate of eradicating them resulting in the quick recovery of the native ecosystem. Dr. Baiao emphasized the need for innovation and breaking the incrementalism barrier so that more islands with invasive species can be reached and their biodiversity would be protected.

Dr. Owain Edwards of the Commonwealth Scientific and Industrial Research Organisation (CSIRO) said that the homing gene drive mechanism is effective in mosquitoes, while the X-chromosome Shredder is being developed to make gene drives work for vertebrates. He highlighted that gene drive is a promising, permanent, and humane solution for certain target invasive species and if properly designed, should have no direct effects on non-targets.

Dr. Andrew Veale of the Manaaki Whenua Landcare Research discussed the usefulness and limitations of gene drive approaches by citing Predator Free 2050 Vision, a project that aims to remove invasive species of rats, possums, and stoats in New Zealand. The country's current methods to control their populations rely on toxins, but the toxins can be passed on to non-target species. Dr. Veale explained that gene drives can provide a toxin-free alternative because the approach is highly species-specific. Gene drive challenges such as the potential resistance of the target species, species interactions, extinction of species, and recolonization dynamics, can all be addressed through proper design and mitigation measures, he added.

Social acceptability is also a common challenge when it comes to gene drives. All three experts agreed that it is important to engage the public before and during the implementation of gene drives.

Watch the full session on ISAAA's YouTube channel. The next session of the Gene Drive Webinar Series titled Can gene drive eliminate vector-borne diseases? is scheduled for July 8, 2021. Register now.

Subscribe to Outreach Network for Gene Drive Research Newsletter to learn more about the technology.