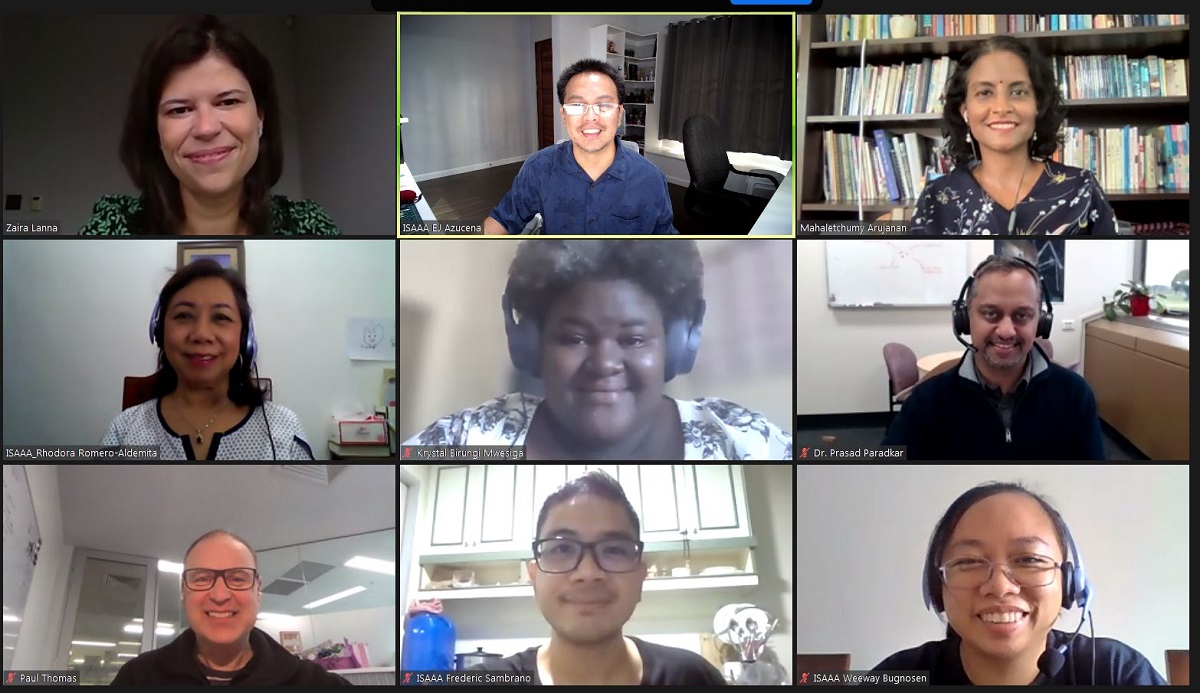 The synthetic gene drive technology is quickly becoming popular with the emergence of CRISPR-Cas9. Two experts from Australia broke down the details of this rapidly developing technology in the latest ISAAA webinar, and explained how it can be used for the benefit of agriculture, biodiversity conservation, and vector-borne disease control.

The session entitled What is Gene Drive? was hosted by ISAAA on June 10, 2021 via Zoom. It is the first of a four-part series of webinars that aims to help the public understand the dynamics of the gene drive technology. During the first session, Dr. Paul Thomas of the University of Adelaide shared how gene drive is used for mitigating animal plagues by controlling populations, citing the rodent plague as an example. Particularly, he discussed two kinds of gene drive strategies. First is the CRISPR homing gene drive wherein a gene drive is inserted into a recessive female fertility gene resulting in infertile female organisms. The second one is the X-Shredder chromosome shredding which aims to deplete the population of females. The gene drive element is in the Y chromosome. It target-repeats in the Y chromosome causing it to shred during spermatogenesis thus results in having no females offsprings to support the population. Although gene drives have a lot to offer, he gave a reminder that the deployment of this technology will require social acceptance, risk assessments, extensive computer modeling, and regulatory approval.

Dr. Prasad Paradkar of the Commonwealth Scientific and Industrial Research Organisation (CSIRO) also gave his insights about gene drives. His talk focused on how the technology can help control vector-borne diseases like Malaria. He gave Wolbachia as an example, which is an intracellular bacterium that is maternally inherited by organisms. It has a natural drive and is used as a biocontrol agent. Though it can be used for a synthetic gene construct, Prasad said that it needs further investigation. Another example he gave was the Release of Insects Carrying a Dominant Lethal or RIDL technology developed by Oxitec wherein male mosquitoes with the OX513A gene mate with female mosquitoes. The gene causes the death of the offspring during the late larval stage. Both prove to help control mosquito populations which are carriers of viral diseases like Malaria, Zika, and Dengue.

As in any advanced technology, risk assessment and safety are key factors to consider when deploying gene drives. Both scientists agreed that mitigation measures should be developed as the technology advances. "Just as important as having a drive system that works is having a safety switch incorporated into it that would limit its either number of generations or somehow fixes it on the target species and the target population that you want to address," Thomas said. "It's going to be a really big challenge as much as getting the drive working as to come up with a safety switch that would enable us to deploy it safely within a target population because we do not want to eradicate every mouse in the world. Those safety switches are very important in this field of research," he added.

Regulations are also important to ensure safety when developing and using the technology. Paradkar called for the harmonization of international regulations and frameworks for gene drives. "A lot of countries are still not up to date with their regulations. There has to be a concerted effort from either the unified international body or with all the scientists coming together," he said.

The Gene Drive Webinar Series is organized by ISAAA and the ISAAA-BIC Network, in partnership with Outreach Network for Gene Drive Research.

Watch the webinar on ISAAA's YouTube channel. For more updates on gene drive, send a message to outreachnetwork@emergingag.com or subscribe to their newsletter.