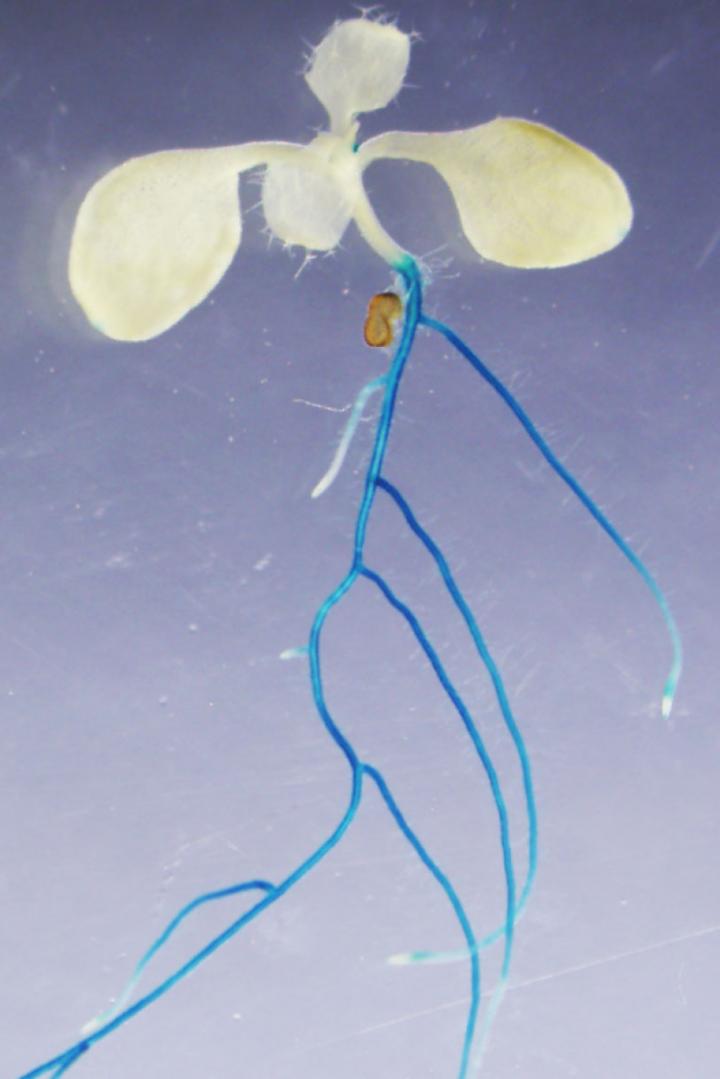 Researchers from Nagoya University in Japan have identified the protein that activates the nitrate uptake mechanism in plants during nitrogen starvation which could be key in improving crop survival under extreme conditions.

When there is enough nitrate concentration in a plant's environment, a plant can attain optimum nitrate uptake levels through a low-affinity transport system. However, when there is an insufficient amount of nitrates in the local environment, the plant needs to switch to a high-affinity transport system. Using Arabidopsis, the researchers found that the NRT2.1 protein is vital in the high-affinity transport system. Arabidopsis plants initially produce an inactive form of the NRT2.1 protein, which becomes active when the nitrates in the environment are scarce. The researchers pinpointed the protein At4g32950 that responds to nitrogen starvation and activates NRT2.1 Because of their recent findings, the researchers renamed At4g32950 into CEPD-induced phosphatase (CEPH).

The results of the study imply that CEPH is crucial in activating the plant's machinery to battle nitrogen starvation.

For more details, read the article from Nagoya University and the journal article in Nature.