Nitrogen is one of primary macronutrients that plants need for survival, aside from phosphorus and potassium. It is important for plant growth and development, particularly in metabolic processes such as production of nucleic acids, proteins, and other helper molecules. It is a basic component of plant’s green pigment known as chlorophyll, which is vital for photosynthesis.1 Nitrogen is abundant in the atmosphere but is not readily available for plants. It can be used up by plants when it is converted into ammonia from fixation by bacteria to make nitrogen-containing molecules.

Biological nitrogen fixation occurs in some plants through metabolic activities of free-living or symbiotic bacteria. One common symbiotic bacterium involved in nitrogen fixation is known as Rhizobium which attacks and reproduces in the legume plants' roots to get their nutrition. After about a week of infection, white or grey nodules form in the roots. The bacteria through the action of the enzyme nitrogenase, convert the nitrogen gas (N2) into ammonia (NH3). The plants use ammonia to produce amino acids and other nitrogen-containing molecules.2 Then the nodules increase in size and turn pink, indicating that nitrogen fixation has occurred. The pink color is due to leghemoglobin, a protein that controls oxygen flow in the bacteria.3 Plants that do not form associations with bacteria must get nitrogen from the soil. However, frequent use of soils in farmlands becomes depleted with nitrogen. Thus, nitrogen fertilizers are applied. 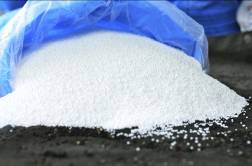 Since the discovery of nitrogen fertilizer, use of synthetic nitrogen has increased dramatically leading to significant boost in crop yields. However, only 30-50% of the applied nitrogen is absorbed by the plants and the wasted nitrogen cause considerable impacts on the environment. It can contribute to algal bloom and hypoxia (reduced oxygen in water) leading to significant loss of aquatic life and diversity and contribute to depletion of the ozone and global warming. Thus, scientists seek for more environment-friendly and cost-effective strategies to improve nitrogen use efficiency of crops. One of these strategies is the use of genetic engineering. 4

Improving the nitrogen use efficiency of plants requires manipulation of several genes involved in nitrogen uptake, translocation, and remobilization; carbon metabolism; signalling targets; and regulatory elements. Several genes (Table 1) from different sources have been found to control these processes and were investigated if the manipulation of the genes can lead to improved nitrogen use of plants. 5

Table 1. Genes studied for improvement of nitrogen use 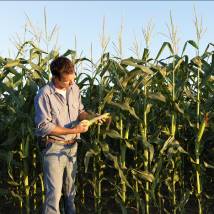 Corn
One of the crops under study for improvement of nitrogen use efficiency is corn, an important global food crop that requires intensive amount of nitrogen fertilizer. However, like most crops, corn only absorbs a small amount of the nitrogen that is applied to it, leading to economic problems to growers. In 2008, DuPont and Arcadia Biosciences announced that they have completed five years of multiple field trials of corn which resulted to improved nitrogen use efficiency and thus can lead to improvement in farm economics as well as environmentally positive effects. 6 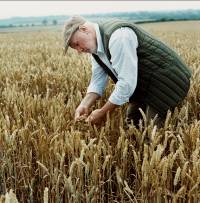 Wheat
In 2012, Australian Centre for Plant Functional Genomics (ACPFG) and Commonwealth Scientific and Ind­­­ustrial Research Organisation (CSIRO) announced their collaboration with Vilmorin & Cie in developing nitrogen use efficient wheat with the aim of reducing nitrogen fertilizer use in Australia. Developing NUE wheat will significantly impact 35 percent of the world population where wheat is a staple crop and represents 20 percent of the total protein intake. 7

CSIRO has applied for a licence for dealings involving 17 wheat lines and 10 line of barley which have been genetically modified for improved nutrient utilization efficiency on a limited scale and under controlled conditions. 8 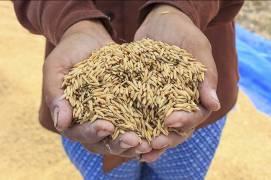 Rice
Rice is the second largest crop and a staple for more than half of the global population. Arcadia Biosciences, African Agricultural Technology Foundation (AATF), and the International Center for Tropical Agriculture (CIAT) reported that in 2013, two years of field trials of nitrogen use efficient rice was completed in Colombia. The researchers integrated the nitrogen use efficiency technology with New Rice for Africa (NERICA) varieties developed by Africa Rice Center. Results of the trials showed that with an application of 50 percent of usual amount, the transgenic rice lines out-yielded the conventional NERICA variety by 22 percent on the first year of trial and 30 percent by the following year.9 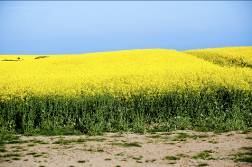 Canola
Canola is one of the world's most important oilseed crops. The seeds contain 44 percent oil, which is more than double the oil content of soybeans. Canola oil has heart-healthy characteristics and can also be used as biodiesel because of its exceptional cold weather performance. As of 2007, Arcadia Biosciences have completed five seasons of field trials of canola. The results of the trials showed that the canola plants had the same yield as the conventional varieties, but only half of the required nitrogen input was used. When the same amount of nitrogen with the conventional plants was used, the yield increased by about 15 percent.10 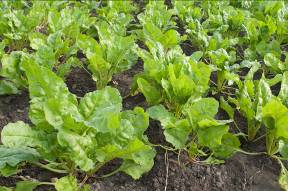 Sugarbeet
SES VanderHave and Arcadia Biosciences have conducted three years of field trials to assess the yield performance of NUE sugarbeet varieties. Results show that the experimental varieties produce higher yields than controls under various fertilizer applications over multiple years. They are now preparing regulatory data which will become available for all NUE technology licensees. 11

Sugarcane
Sugarcane is cultivated to 25 million hectares worldwide, making it the world's largest sugar crop. Nitrogen fertilizer is an important factor in increasing the yields of sugarcane. South African Sugarcane Research Institute and Arcadia Biosciences announced in 2011 their collaboration in producing high-yielding sugarcane varieties that requires half the amount of the nitrogen fertilizer needed by conventional sugarcane varieties. 12

Future Outlook on Nitrogen Use 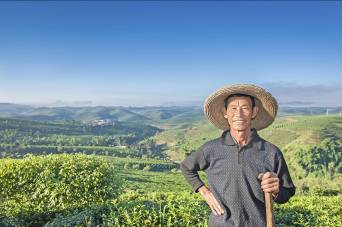 A long-term tracer study revealed that 30 years after application of nitrogen fertilizer to agricultural soils in 1982, 12–15% of the fertilizer-derived nitrogen was still residing in the soil organic matter, while 8–12% of the fertilizer had already leaked toward the groundwater. Part of the remaining nitrogen fertilizer present in the soil is predicted to continue to be taken up by crops and to leak toward the groundwater in the form of nitrate for at least another 50 years, much longer than previously perceived. 13 With the development of nitrogen use efficient crops, environmental concerns such as what the study found out would be dispelled or at least reduced. At the same time, farmers would lessen economic losses for nitrogen fertilizer, and use their resources for other farm inputs or even more crop seeds to get more harvest.