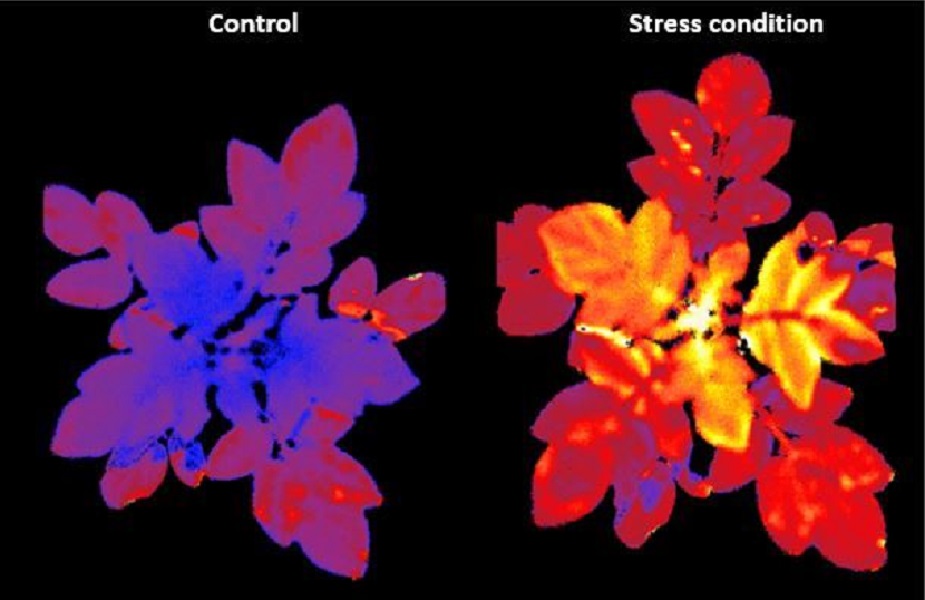 A group of scientists developed a potato that emits light at the earliest stages of stress. The breakthrough can help give warning and provide enough time for farmers to address the crop's problems before it is lost to abiotic stress.

The scientists chose to modify the Irish potato (Solanum tuberosum) by establishing a whole-plant redox imaging that makes the potato express the chloroplast-targeted redox-sensitive green fluorescence protein 2 (roGFP2). The gene expresses a fluorescent protein as a response to the presence of reactive oxygen chemical molecules that the plants produce to manage stress. Therefore, the more stress that the potato experiences, the more reactive oxygen species it produces causing it to make more of the fluorescent protein. When put under a highly sensitive fluorescent camera, the stress-induced engineered potato gives a bright, fluorescent glow. According to the scientists, they were also able to document that the accumulation of the reactive oxygen species occurred in the early phase of the plant's response to stressful conditions like drought, extreme temperature, and high light.

Based on the findings, the team concluded that the whole-plant redox imaging can help researchers understand the crop's stress responses, which in turn can be applied to agricultural research specifically in improving phenotyping in breeding programs and early detection of field stress responses.