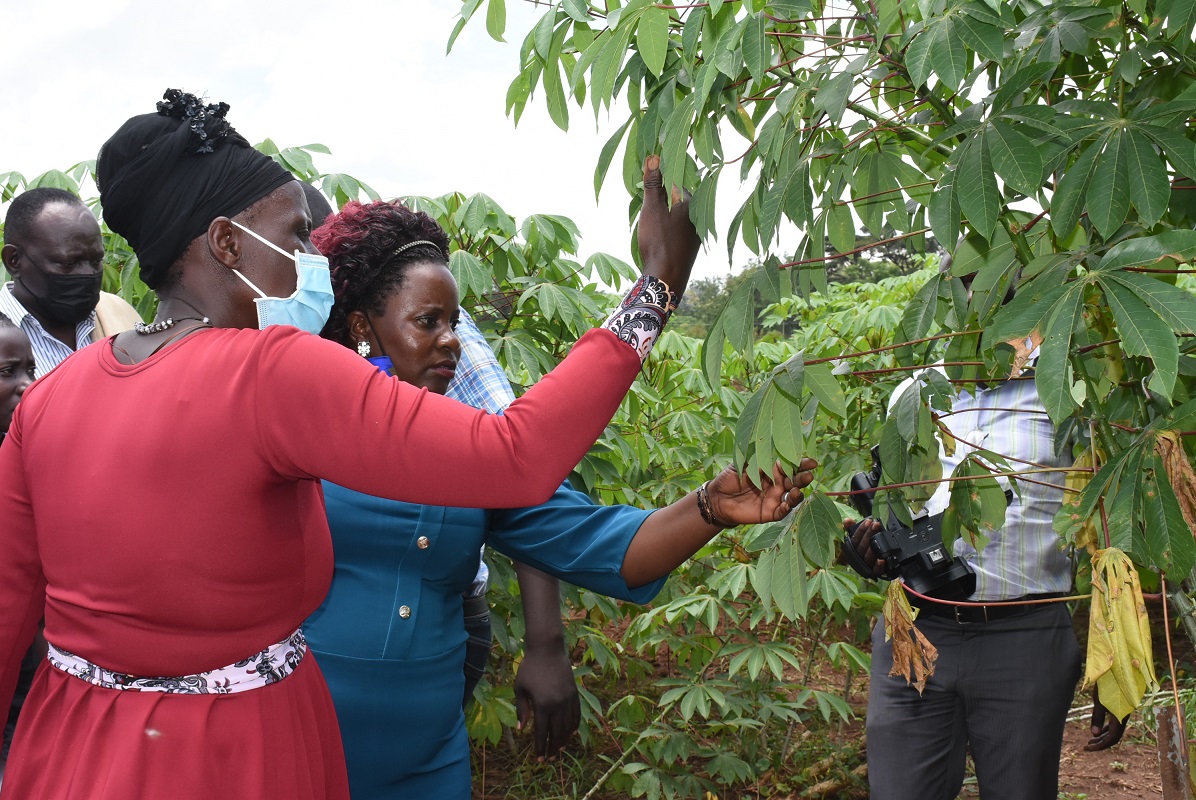 "We have a cardinal role as leaders to ensure food security in Uganda. I pledge support to engage relevant stakeholders to ensure political embrace of agricultural technologies like virus resistant (GMO) cassava," Hon. Naluyima said during the workshop. The local councilors accompanying her promised to rally support at their respective levels of administration to galvanize grassroots demand for GM crops developed at NaCRRI. NaCRRI remains at the vanguard of crop improvement using biotechnology in Uganda with crops like insect and drought tolerant maize, virus resistant cassava, and nitrogen-use efficient rice very close to commercial release stages.

"You have heard the controversy around genetically modified organisms (GMOs) and more recently (COVID-19) vaccines. This needs to be urgently addressed. The reason NaCRRI develops GMOs is to help farmers. We are not a profit-making entity," Dr. Godfrey Asea, NaCRRI Director, assured the guests at the workshop.

Dr. Asea called upon the local leaders present to work together with NaCRRI scientists to advance food security and make farming profitable for Uganda's farmers. His sentiments were re-echoed by one of the district councilors who noted, "We need to work together to promote agriculture in our district and country. By doing this, we are not helping NaCRRI but our farmers."

Such pronouncements by political leaders keep hope alive that Ugandan farmers will one day be allowed to choose and grow improved GM crops. The workshop was organized by Science Foundation for Livelihoods and Development (SCIFODE), in collaboration with Uganda Biosciences Information Center (UBIC).

For more details, contact the UBIC Coordinator at ubic.nacrri@gmail.com.