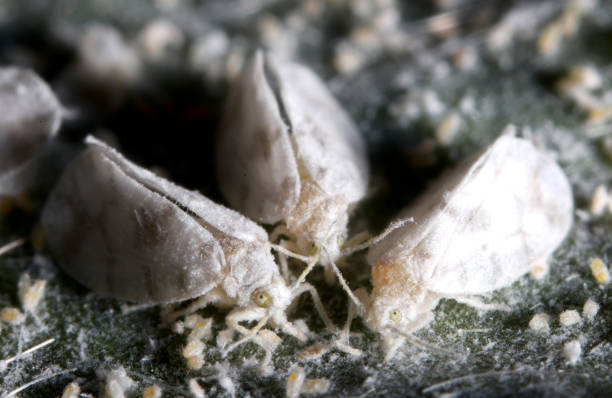 An international team led by researchers from the Chinese Academy of Agricultural Sciences in Beijing discovered that whiteflies use a plant gene to defend themselves against plant toxins.

The researchers used a combination of genetic and phylogenetic analyses to identify the plant defense gene, BtPMAT1, found on whiteflies. It is the same gene naturally derived from most plants to protect themselves from pests. Whiteflies modify this gene to neutralize the defensive compound called phenolic glucosides. The team then genetically modified tomato plants to produce a double-stranded RNA molecule that has the ability to shut down the gene expression of the whitefly. Once the whiteflies fed on the genetically engineered tomatoes, their BtPMAT1 gene was silenced, causing the flies to die but not the other beneficial insects.

To learn more about the study, read the news release on Nature and the research article in Cell.