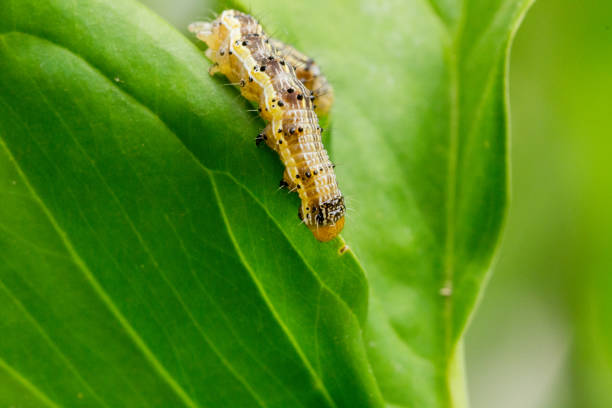 Scientists from Penn State University used CRISPR-Cas9 to successfully produce caterpillars that lack a specific enzyme that inhibits the plant's response to alert neighboring plants of the presence of herbivores nearby.

The study identified an enzyme, glucose oxidase (GOX), found in the saliva of tomato fruitworm caterpillars. GOX was found to be responsible for the closing of the stomata in plants preventing its plant defensive emissions known as herbivore-induced plant volatiles (HPV).

The scientists observed and monitored the caterpillars with and without GOX enzyme in three separate glass chambers containing tomato, soybean, and cotton. They found out that GOX enzyme not only caused stomatal closure but also inhibits the release of HPV in tomato and soybean plants only. The scientists concluded that GOX affects specific species of plants only.

The study could provide a deeper understanding of the evolutionary trait of herbivores and the ability of agricultural crops to withstand additional stressors such as climate change.

For more details, read the article in New Phytologist.