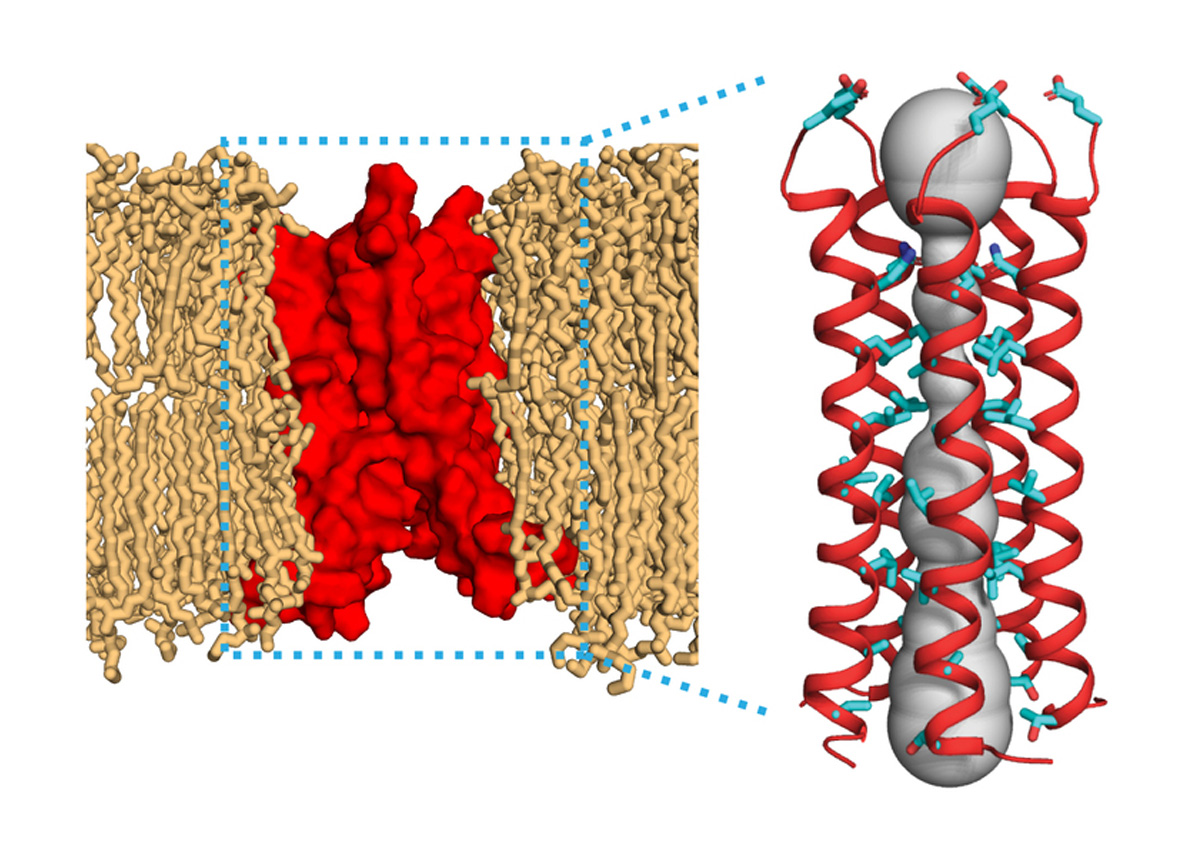 Using nuclear magnetic resonance (NMR), MIT chemists have determined the molecular structure of a protein found in the SARS-CoV-2 virus. If researchers could devise ways to block this ion channel, they may be able to design drugs that would interfere with viral replication. The illustration on the right shows the five-helix bundle of the envelope protein E with a gray water column inside. Photo Source: MIT researchers

Chemists at the Massachusetts Institute of Technology (MIT) have identified the molecular structure of a protein found in SARS-CoV-2, the virus that causes COVID-19. The protein, called the envelope protein E, forms a cation-selective channel and plays a key role in the virus's ability to replicate itself and stimulate the host cell's inflammation response.

When the SARS-CoV-2 outbreak began in early 2020, Mei Hong, an MIT professor of chemistry and senior author of the study, and her students decided to focus their efforts on one of the novel coronavirus proteins. She narrowed in on the E protein partly because it is similar to an influenza protein called the M2 proton channel, which she has previously studied. Both viral proteins are made of bundles of several helical proteins. The researchers were able to clone and purify the E protein in two and a half months.

Hong and her colleagues found that the part of the E protein that is embedded in the lipid bilayer, known as the transmembrane domain, assembles into a bundle of five helices. They also found that SARS-CoV-2 E protein looks nothing like the ion channel proteins of influenza and HIV-1 viruses.

Hong's team also found that two drugs — amantadine, used to treat influenza, and hexamethylene amiloride, used to treat high blood pressure — can block the entrance of the E channel. However, these drugs only bind weakly to the E protein. If stronger inhibitors could be developed, they could be potential drug candidates to treat COVID-19, Hong says.