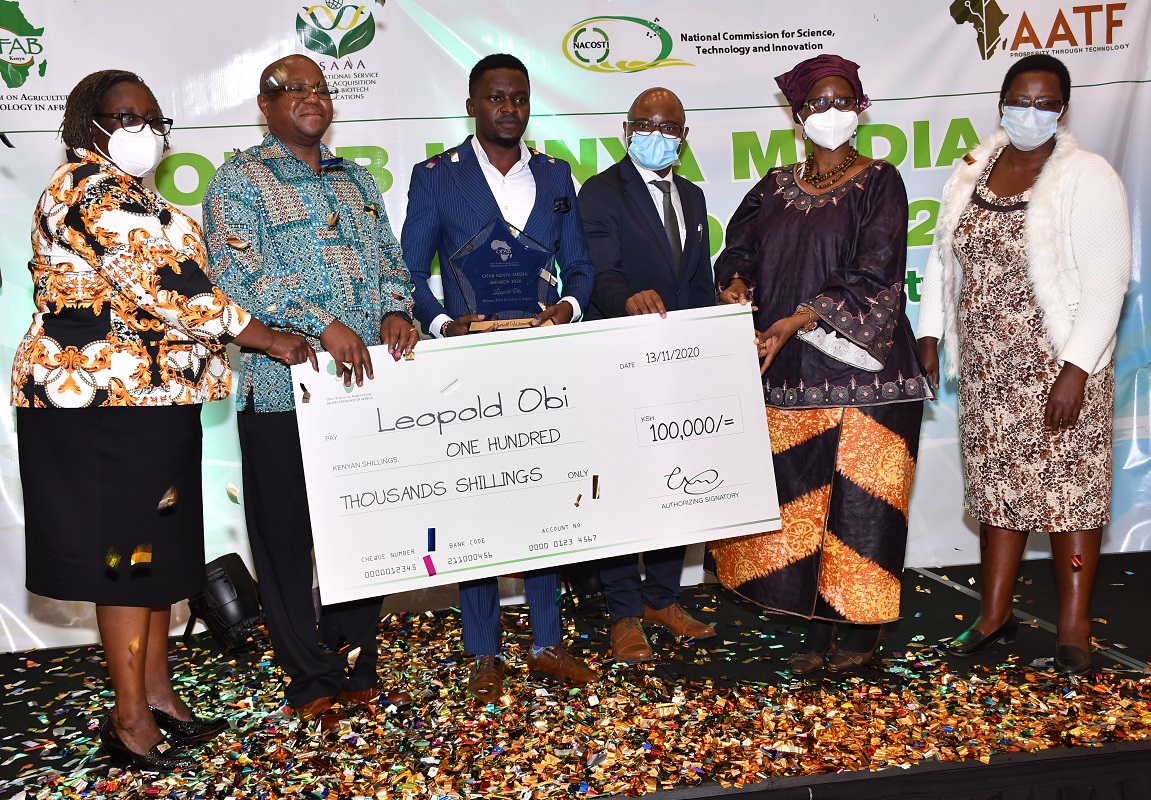 The Kenyan Government has lauded the media's contribution in fostering an appreciation of the potential that science, technology, and innovation offered in the attainment of the country's development agenda, specifically, in improving food security and boosting the manufacturing sector. Speaking during this year's OFAB-Kenya Media Awards gala held in Nairobi, Trade and Industrialization Chief Administrative Secretary (CAS) Lawrence Karanja acknowledged local media's pivotal role in cultivating public awareness for innovative technologies, such as modern biotechnologies. The CAS said the media has fundamentally inspired public dialogue thus influencing audience perception and opinion on societal issues, and shaping decisions and policies. "To attain the goals outlined on the revival of the manufacturing sector, the Ministry of Industrialization, Trade and Enterprise Development considers the media fraternity as a key stakeholder," he added.

His sentiments were echoed by other agricultural stakeholders who spoke during the gala. OFAB-Kenya Chairperson and ISAAA AfriCenter Director Dr. Margaret Karembu said the Kenyan media has been in the forefront in sensitizing and educating the public on crop biotechnology hence stimulating dialogue on its effective utilization.

Daily Nation's Leopold Obi emerged the overall winner bagging a plaque, a certificate of recognition, and a cash prize of KES 100,000 (US$915). Benjamin Wakoli, a correspondent with Milele FM (a local radio station), scooped the first runner-up award while William Lusige of the Standard Group was named the second runner-up. They won KES 75,000 (US$686) and KES 50,000 (US$457.5) respectively. The winning journalists will also be invited to participate in the OFAB Africa Media Awards scheduled on December 2, 2020.

OFAB-Kenya is managed through a collaborative initiative between the African Agricultural Technology Foundation (AATF) and ISAAA AfriCenter, and co-support of the National Commission for Science, Technology, and Innovation (NACOSTI).