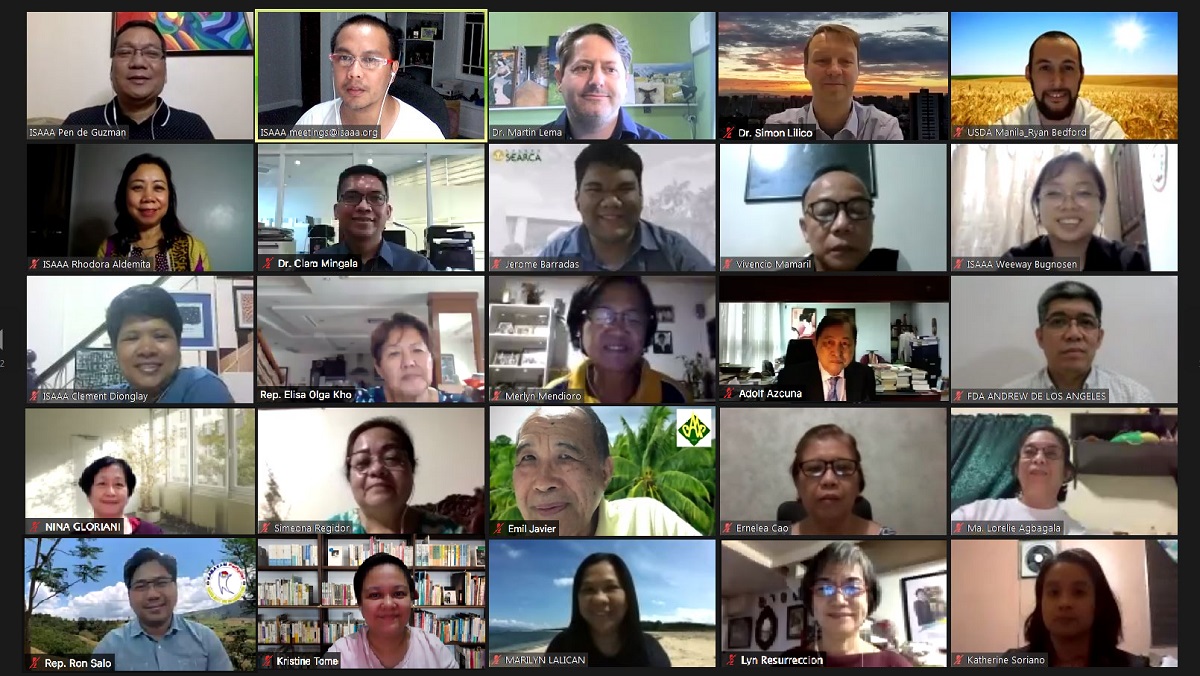 ISAAA SEAsiaCenter hosted a week-long webinar series in the Philippines to introduce the basics and highlights of animal biotechnology to different audiences. The webinar series titled The Global State of Animal Biotechnology targeted audiences from the House of Representatives, lawyers from the Philippine Judiciary, and National Scientists and Academicians, among others.

The webinar series was held from October 5 to 10, 2020 in collaboration with the Southeast Asian Regional Center for Graduate Study and Research in Agriculture (SEARCA), and the United States Embassy Manila. Each episode catered to a specific audience including members of the Coalition for Agriculture Modernization in the Philippines, the National Academy of Science and Technology, and the Biotech Coalition of the Philippines; lawyers from Philippine Judiciary Academy on the second day; members of the House of Representatives; biotechnology regulators; students and academic personnel of the Central Luzon State University; as well as public and private sector researchers. The general public was invited through the SEARCA Online Learning and Virtual Engagements (SOLVE) seminar series on the third day.

The speakers for the series included Dr. Simon Lilico of the University of Edinburgh who talked about the global state of animal biotechnology, how genome editing is done, and the research and development of various genetically modified animals. Dr. Martin Lema of the University of Quilmes in Argentina shared their country's process in establishing a national biosafety framework, Argentina's implementation of their regulations, and their experiences in regulating animal biotech products over the years.