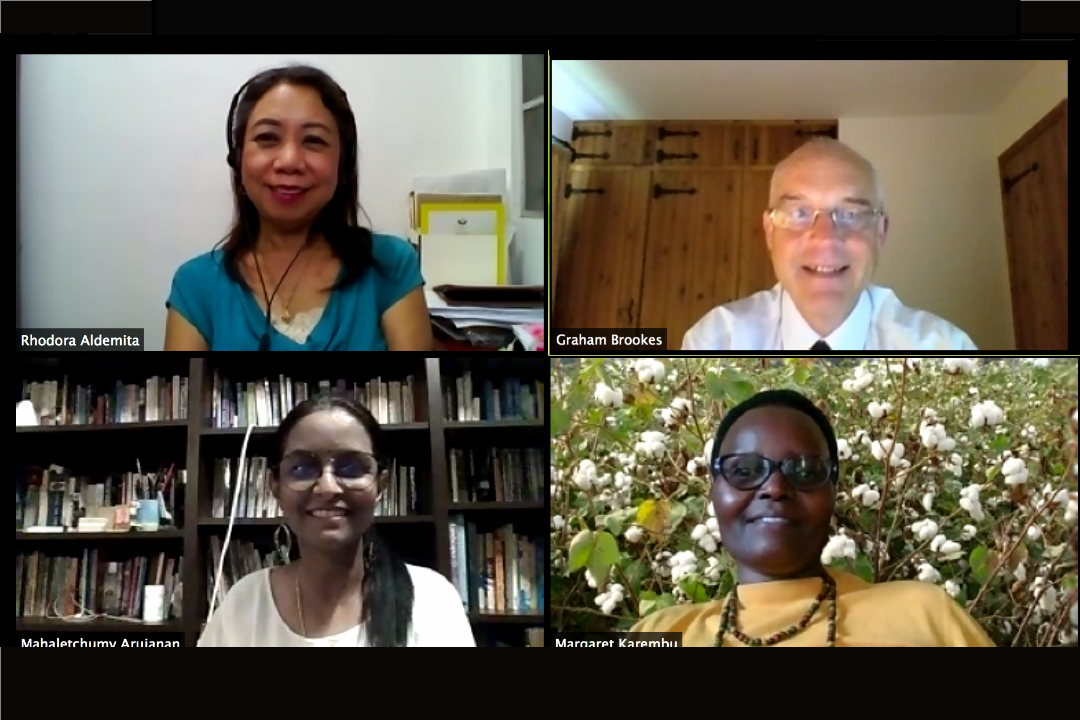 Agricultural Economist Graham Brookes of PG Economics is the latest featured expert in the ISAAA Webinar series. His talk focused on the latest PG Economics' report on the economic and environmental impact of genetically modified (GM) crops globally for the past 23 years.

"GM crop technology continues to make an important contribution to reducing the environmental footprint of agriculture and securing global food supplies in a sustainable way. It has also helped lift many small, resource-poor farmers and their families in developing countries out of poverty," said Brookes. The total income increase of farmers who planted GM crops reached almost US$19 billion in 2018. GM crop adoption also reduced carbon emissions by 23 billion kg, which is equal to taking out 15.3 million cars off the roads.

Brookes emphasized the impact of GM crops which starts in the planting of GM crops in a specific area, and its widespread adoption helps not just the farmers who plant GM crops but those who plant the conventional counterparts as well, causing a "halo effect". He cited the case of the virus-resistant papaya in Hawaii as an example, saying that its widespread adoption significantly reduced the effect of the virus in the islands. This, in turn, enabled the non-GM papaya growers to also continue to grow their crops having benefited from the area-wide suspension of the virus, thereby helping save Hawaii's papaya industry.

The webinar attracted 1,936 registrants worldwide on Zoom. It was simultaneously streamed on YouTube and Facebook Live and garnered a total global reach of 3,372 viewers.

Watch the replay of the webinar on ISAAA's YouTube channel. The report's press release is available in Science Speaks.