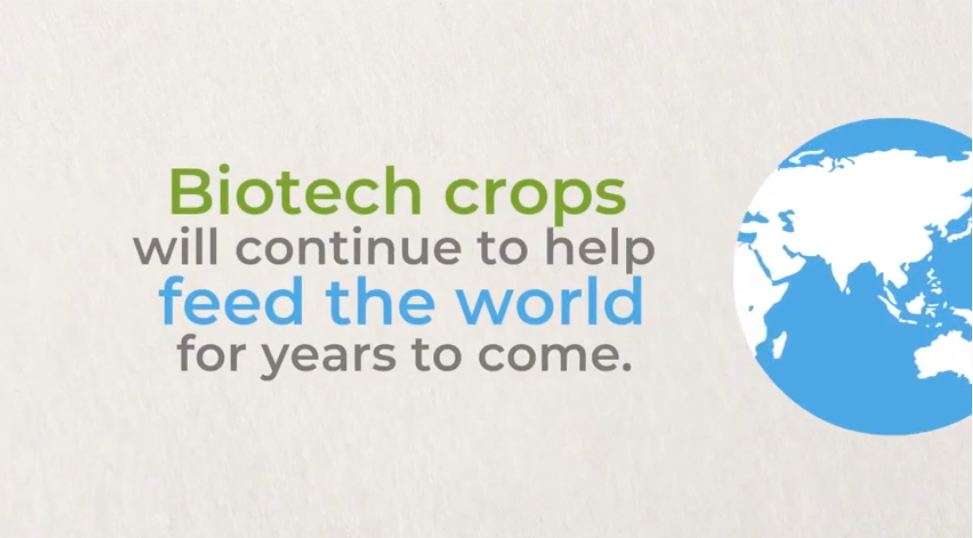 GM crops were first planted in 1996, with an initial global area of 1.7 million hectares. After 23 years, plantings increased by ~113-fold, reaching an accumulated biotech area of 2.5 billion hectares. This makes biotech crops the fastest adopted crop technology in recent times, according to the latest video about the Highlights of ISAAA Brief 54: Global Status of Commercialized Biotech/GM Crops in 2018. With 23 years of documented adoption, biotech crops have long history of safety and benefits.

In recent years, biotech has expanded beyond the four major crops, maize, soybeans, cotton, and canola. These new biotech crops include alfalfa, sugar beets, papaya, squash, eggplant, potatoes, and apples. Two generations of potatoes have been released, which are non-bruising, non-browning, with reduced acrylamide, and late blight resistant. Non-browning apples were also planted in the USA. In 2018, Brazil planted the first insect resistant sugarcane, while Indonesia grew the first drought tolerant sugarcane. Australia planted the first high-oleic acid safflower for research and development and for seed propagation. These new offerings provide the producers and consumers with more product options, which were developed for their benefit.

Know more about biotech crops in 2018 from the ISAAA video.