Discovery of Genes Could Help Reduce Fertilizer Pollution in Waterways 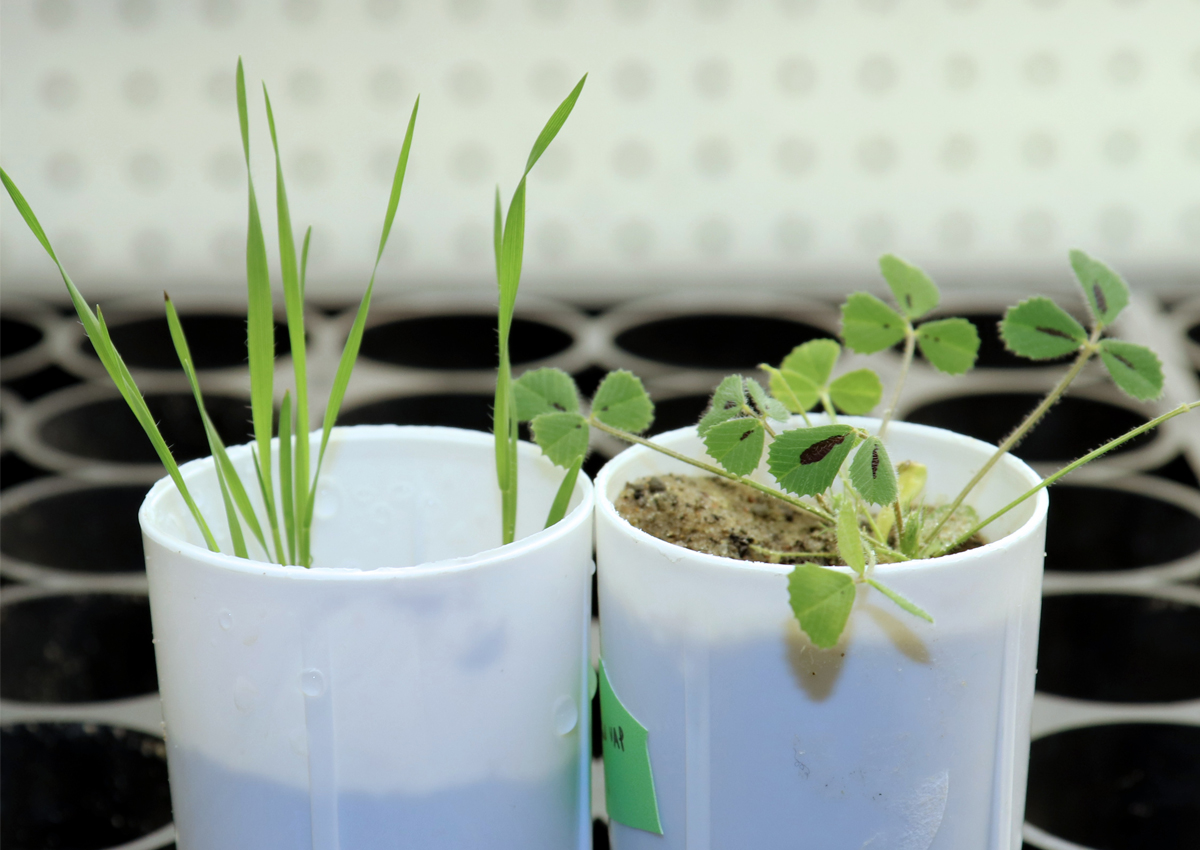 One of the many problems of agriculture is over-fertilization of agricultural fields. Excess phosphorus from fertilized fields finds its way into nearby rivers and lakes, resulting in increased aquatic plant growth. When this happens, oxygen levels in the water plunge, leading to fish die-offs and other harmful effects.

Researchers from Boyce Thompson Institute (BTI) have uncovered the function of a pair of plant genes that could help improve phosphate capture and potentially reduce the environmental harm associated with fertilization. The discovery comes from the research of William H. Crocker Professor at BTI and Cornell University adjunct professor Maria Harrison on plants' symbiotic relationships with arbuscular mycorrhizal (AM) fungi.

To discover how plants control the amount of fungal colonization, the researchers looked at genes that encode short proteins called CLE peptides in the plants Medicago truncatula and Brachypodium distachyon. They found two CLE genes that are key modulators of AM fungal symbiosis. One of the genes, CLE53, reduces colonization rates once the roots have been colonized. Another gene, CLE33, reduces colonization rates when there is plenty of phosphate available to the plant.

The CLE peptides act through a receptor protein called SUNN, and two CLE peptides modulate the plant's synthesis of a compound called strigolactone. Plant roots exude strigolactone into the soil, stimulating AM fungi to grow and colonize the root. Once the roots are colonized or there is plenty of phosphate, the CLE genes suppress the synthesis of strigolactone, thus reducing any further colonization by the fungi.

For more details, read the article on the BTI website.