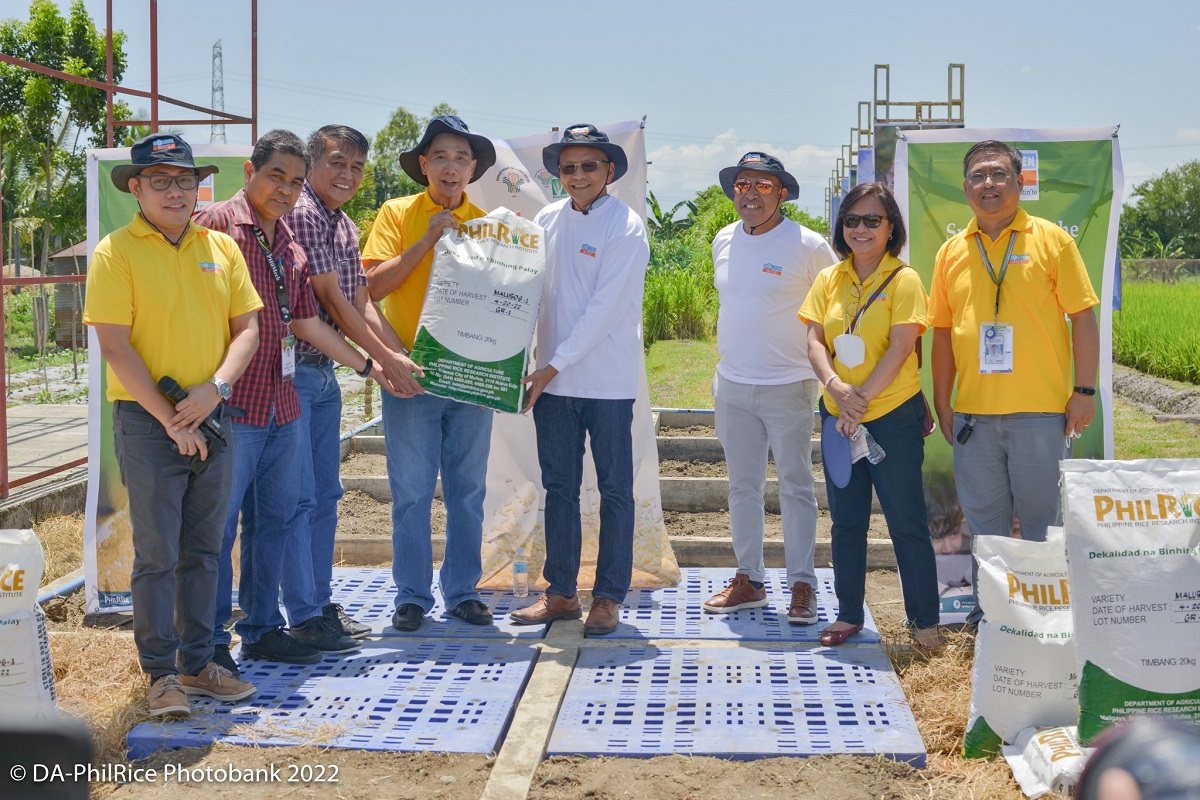 The Philippine Rice Research Institute (PhilRice) is currently getting ready for the deployment of Golden Rice to farmers by ramping up its seed production operations.

Department of Agriculture (DA) Secretary William Dar led the ceremonial handover of the Golden Rice seeds to seed growers and producers during his visit to PhilRice Central Experiment Station in the Science City of Muñoz in the province of Nueva Ecija on May 6, 2022. The seed workers and producers will participate in the expanded Golden Rice seed production this coming wet season planting in the Philippines. Regional DA research and experimental stations in the provinces of Ilocos Norte and Isabela also received seeds a week prior.

The ceremonial event comes after the receipt of approval for commercial propagation of Golden Rice on July 21, 2021. Golden Rice is a rice variety that was genetically engineered to contain additional levels of beta-carotene which is then converted into vitamin A by the human body. It was intended to be a complementary intervention to vitamin A deficiency, the most common cause of childhood blindness and a contributing factor to a weakened immune system. Golden Rice has been assessed to be as safe as conventional rice with the added benefit of beta-carotene in the grains in five countries, the Philippines included.