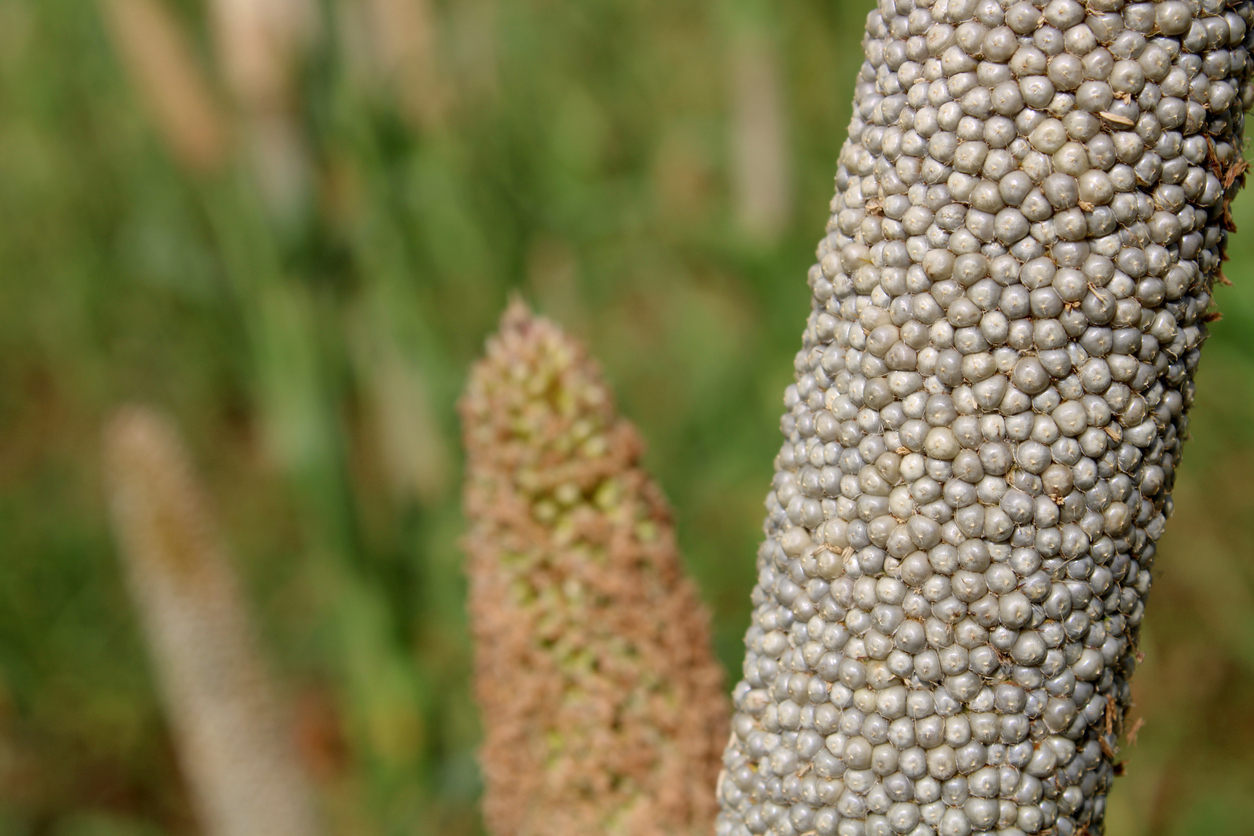 International Crops Research Institute for the Semi-Arid Tropics (ICRISAT) and HarvestPlus developed biofortified pearl millet, which is a low-cost dietary source of iron and zinc and has the potential to enhance the nutrition of farming families. It could also improve physical and mental performance, especially among adolescents.

Pearl millet is a staple food in the drier parts of Sub-Saharan Africa. It is considered a climate-smart crop because of its resistance to drought, heat, soil salinity, and high water use efficiency. It is also rich in protein, minerals, and dietary fiber. Using traditional breeding techniques, ICRISAT developed the first iron biofortified, extra-early maturing, drought-tolerant pearl millet variety "Chakti" for Africa.

Chakti pearl millet contains more than 65mg/kg iron content compared to the common varieties used by farmers, which have only ~47mg/kg. Breeding efforts continue to make it even more nutritious. Furthermore, Chakti matures 40 days earlier and has a 30% greater yield compared to local varieties, as well as resistance to downy mildew disease.