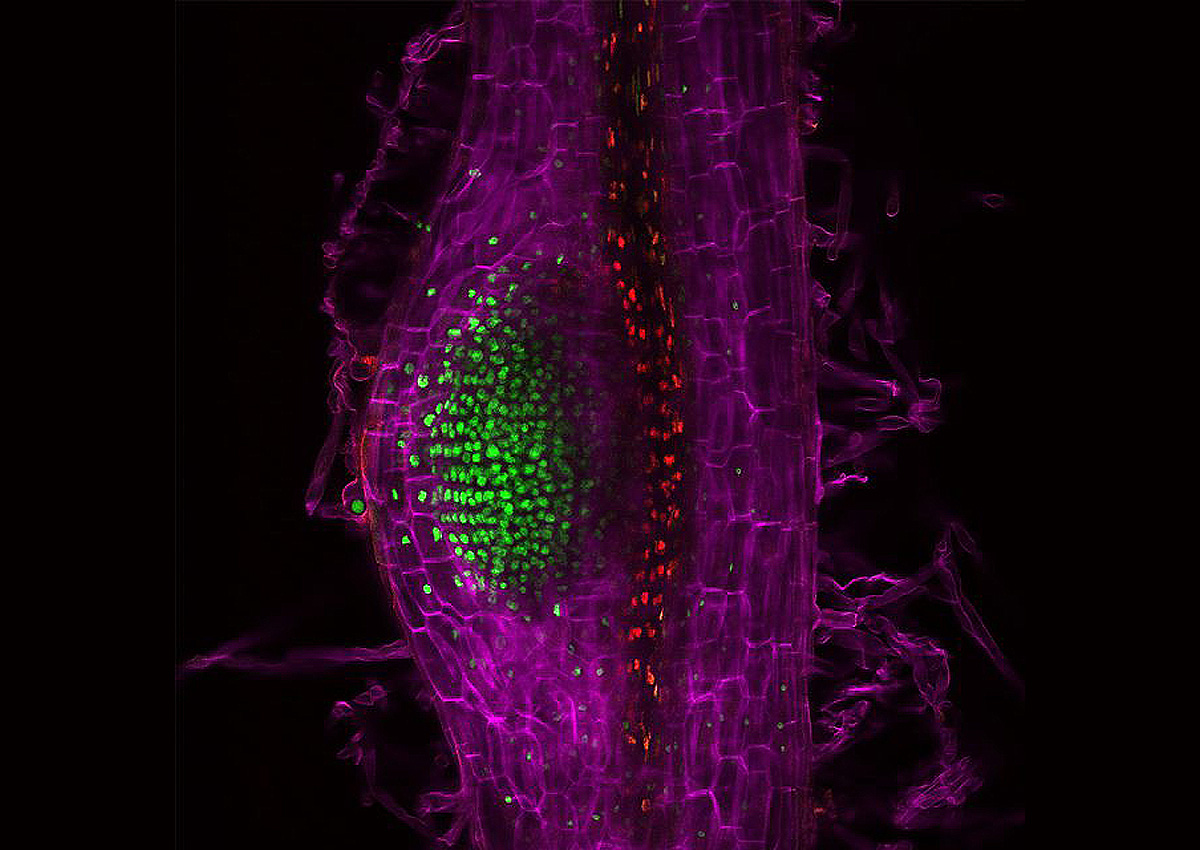 A technique that causes fluorescence allows researchers to see how the hormone cytokinin is involved in forming root nodules. Photo Source: University of Florida Institute of Food and Agricultural Sciences

Scientists at the University of Florida Institute of Food and Agricultural Sciences (UF/IFAS) are now one step closer to developing plants with the ability to harness nitrogen-fixing bacteria.

Nitrogen is essential to plants, but plants can only absorb it in some of its chemical forms. Some of these forms are naturally found in soils, but not in quantities needed to reach adequate crop yields. Nitrogen is plentiful in the air, but in a form that plants cannot use. Some bacteria that live in the soil convert atmospheric nitrogen in a form that plants can use in a process called nitrogen fixation. Some legumes have evolved root nodules that attract and host these bacteria. These nodules allow the plant to absorb the nitrogen the bacteria fix, and in exchange, the bacteria get sugars from the plant.

To understand the process when legumes come in contact with nitrogen-fixing microbes, the research team used a technique that causes fluorescence in the presence of cytokinin. This allowed them to the hormone's every move, and they found that cytokinin activity happens in two stages. During the first stage, cytokinin is produced in the outer layer of the root and moves inward. In the second stage, that inner part of the root pushes outward like a balloon, forming the nodule.

The researchers also found that the second stage of cytokinin activity is controlled by a gene called IPT3. This was confirmed through the fluorescence technique and by observing plants without the IPT3 gene. In the plants missing the gene, nodule formation did not occur, which tells the researchers that this gene plays a key role in the process.

For more details, read the article in UF/IFAS News.