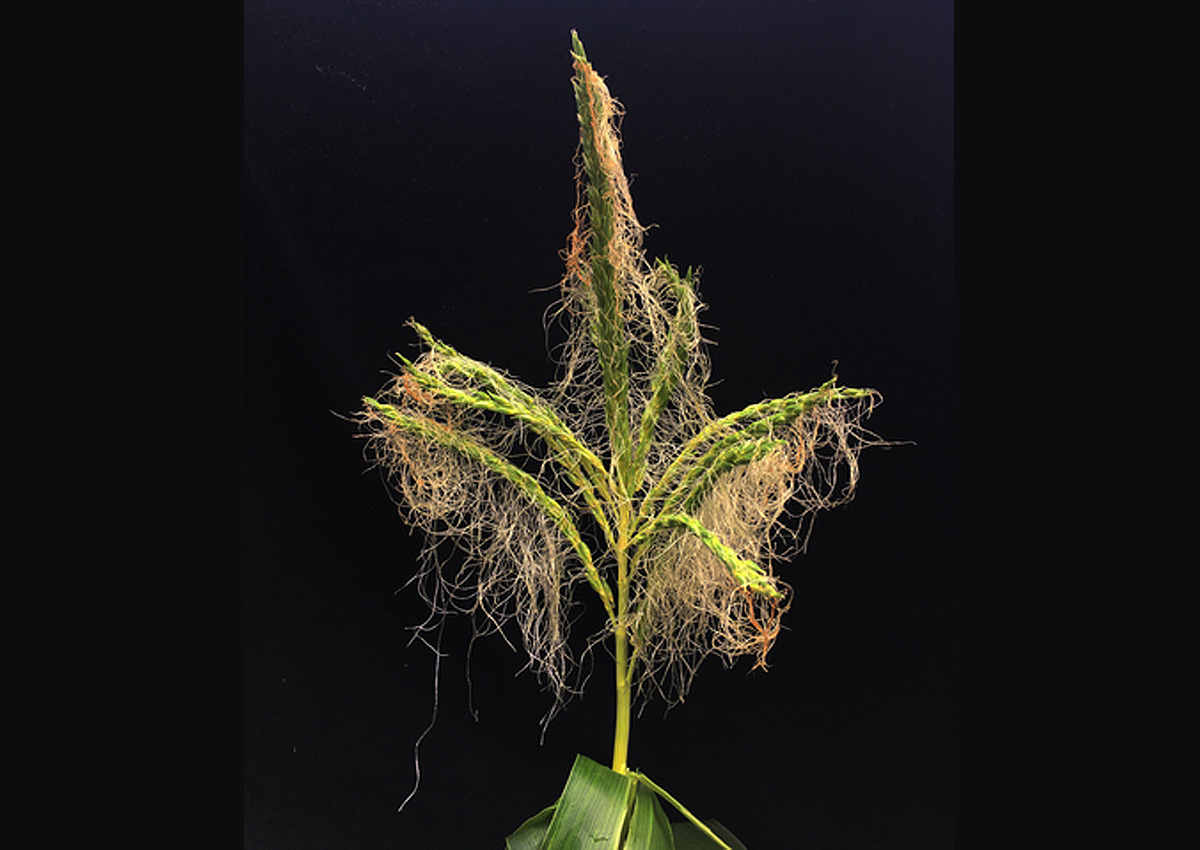 Researchers at the University of Massachusetts Amherst have discovered the genetic linkages governing flower formation, solving a long-standing mystery of the many different types of flowers in the world and shedding light into a dark corner of evolution.

The process called "programmed cell death" has long been known as partly responsible for flowers' morphological diversity. Programmed cell death is a genetic mechanism that eliminates some cells on purpose and it is at work in the carpels of flowers, or the seed-bearing structures at the heart of the flower. One gene, in particular, known as GRASSY TILLERS1 (GT1), influences carpel growth suppression in maize. However, it is not the only gene regulating the process, and until now, no one has been able to identify others that interact with GT1 to suppress maize carpels.

Focusing on maize flowers, the team designed an innovative experiment to identify other genes regulating carpel suppression with GT1. They used a technique known as "forward genetics," which is a way of working backward from a known flower formation. The team discovered that another gene, RAMOSA3 (RA3), also plays a vital role in maize carpel programmed cell death. RA3 was previously thought to play a role only in the way that plants branch, but RA3 turns out to be pleiotropic, meaning that it influences more than one trait.

For more details, read the article on UMass Amherst website.