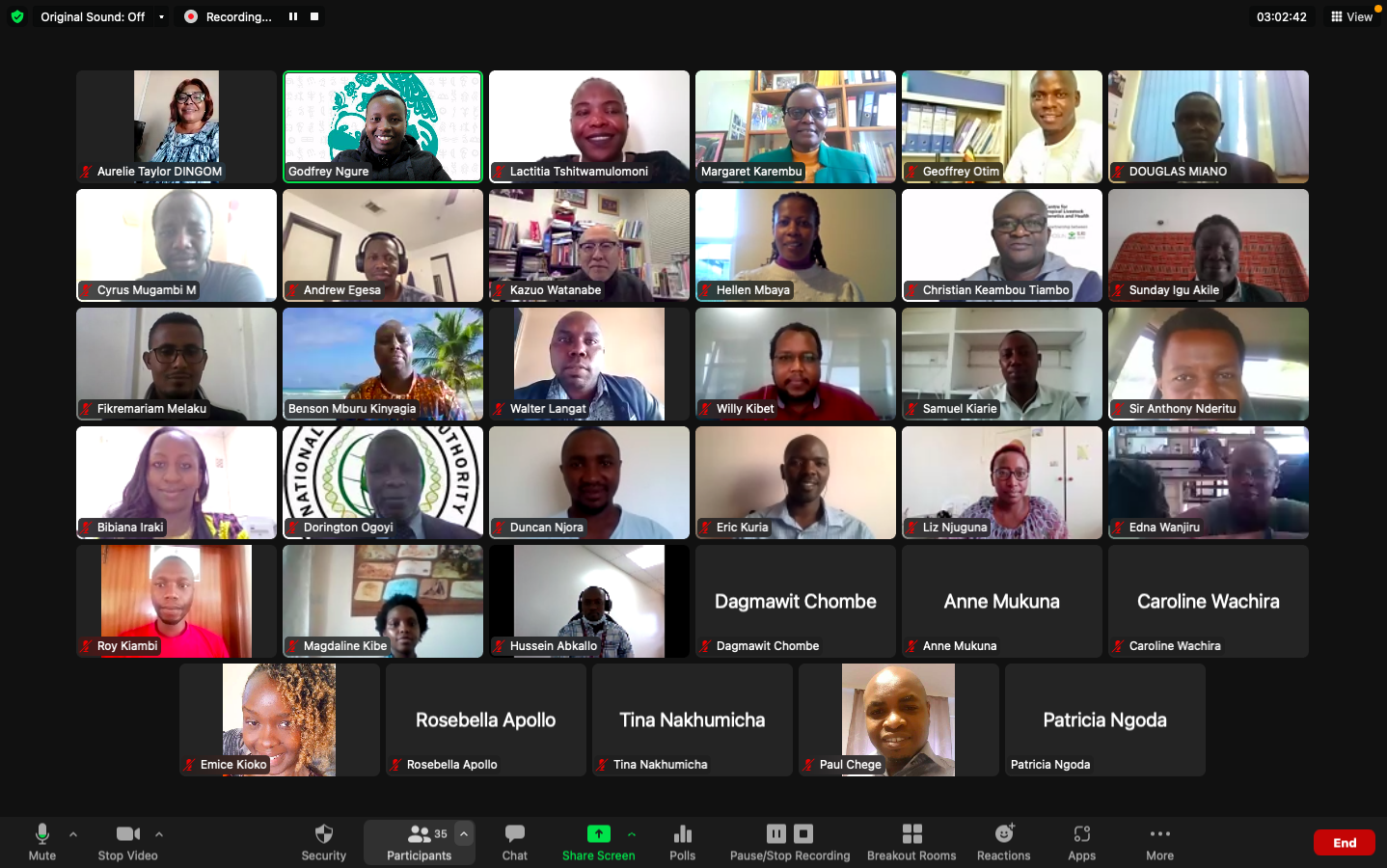 African biotechnology experts and youth have called for fair and equitable sharing of benefits from utilization of digital sequence information (DSI) on genetic resources. This was during a virtual pre-COPMOP workshop held on 20th January 2022.

Although there is no consensus on the concept and scope of DSI, Parties to the Convention recognize that it incorporates data and information derived from genetic resources. Parties also recognize that access to and use of DSI on genetic resources contributes to scientific research, non-commercial and commercial activities in areas of biological diversity, food security, human, animal and plant health.

African experts recognize that availability of DSI on open databases outside control of the original genetic resources provider country allows third parties to access and use this information outside the modalities worked out in the Nagoya Protocol. Therefore, the experts advise that the post-2020 Global Biodiversity Framework (GBF) should contain a package for sharing benefits arising from the use of DSI.

In her address, Ms. Lactitia Tshitwamulomoni, the National Focal Point (NFP) on Access and Benefit Sharing in South Africa, and co-chair of the 2020 ad hoc technical expert group on DSI, emphasized the need for African scientists to participate in international negotiations. This will inform national policies on access and benefit-sharing between users and providers of DSI on genetic resources, a call echoed by all participants and AUDA/NEPAD.

Prof. Kazuo Watanabe, Professor of Biotechnology at the University of Tsukuba, Japan, emphasized the need for clear definition and conceptual clarity of DSI. "It is crucial that we build consensus in understanding of DSI among the involved Parties and stakeholders", he added.

The workshop co-organized by ISAAA AfriCenter and the University of Tsukuba under the African Short Course on Agro-biosciences (AfSCA) brought together 42 participants including Africa's Early Career Professionals, scientists both in crops and animal research, NFPs on ABS, and Japanese professionals.