Gene to Make Plants Heat-Tolerant in Rising Temperatures Gets Patent 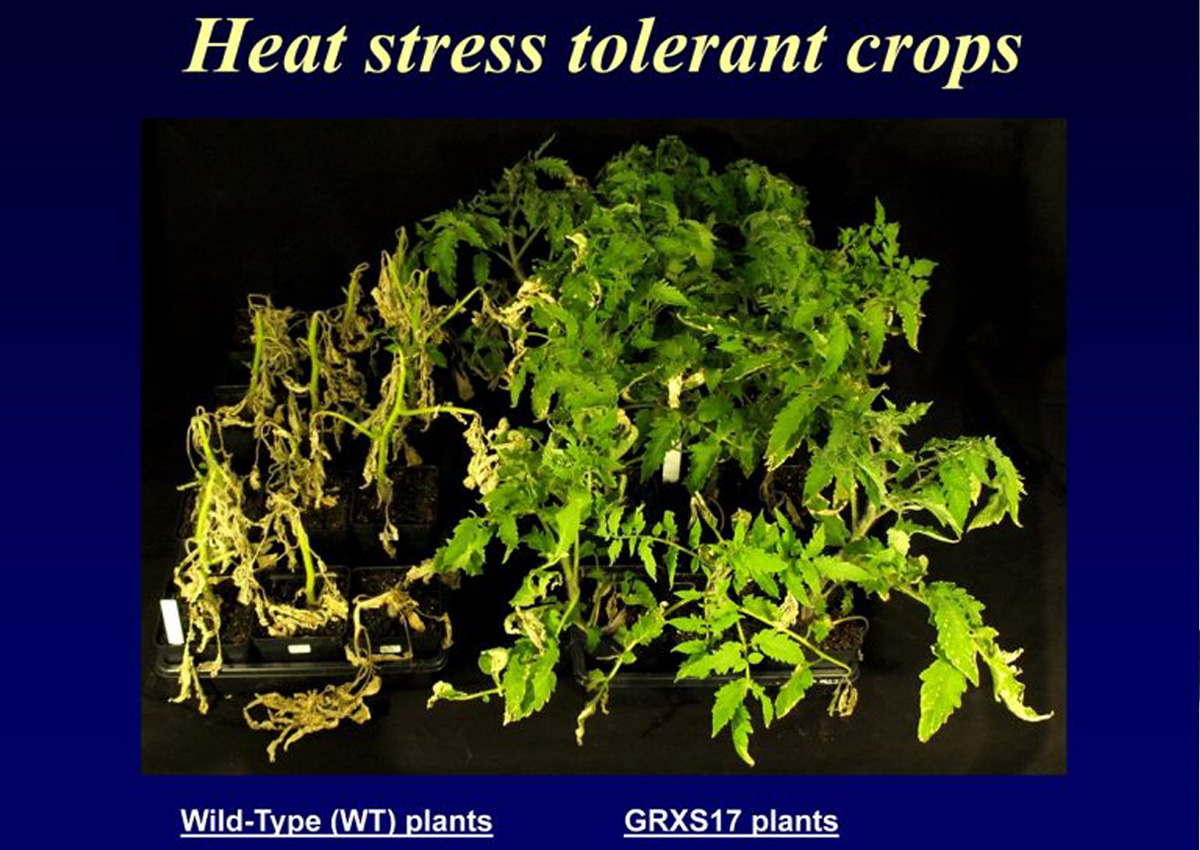 Heat tolerance of genetically modified tomatoes. Control plants on the left and modified plants on the right were subjected to several days of high temperatures and then returned to normal growth conditions. The modified plants retained their vigor and will produce fruit whereas the wild type will not. Photo Source: Hirschi Lab

As temperatures rise globally, agriculture is severely affected as crops cannot withstand the heat. Now, a group of researchers from Kendal Hirschi Lab at Baylor College of Medicine and Kansas State University had a patent approved for a gene to make plants more tolerant to higher temperatures.

According to Drs. Kendal Hirschi and Ninghui Cheng, the patent has important environmental impacts. "In commercial agriculture, we want high yield and nutritious foods. In hot temperatures, the yield can be low, which is a problem. With this new gene, we're protecting plants when the temperatures rise so they can grow better," said Cheng, assistant professor of pediatrics-nutrition at Baylor and Texas Children's Hospital.

Hirschi said that high temperatures affect plants because they trigger an inflammatory response similar to what we see in humans. When it is hot, plants grow less. A two-degree rise in temperature can cause a 50 percent reduction in crop yields. With their patented gene, the two-degree temperature shift will cost no yield penalty. Crop yield will remain at 100 bushels, whereas without the gene, the yield would come down to 50 bushels. Hirschi points out that with this technology, scientists can develop better crops over the course of a few years, including rice, corn, wheat, and soybeans.

For more details, read the article on the Baylor College of Medicine website. To see the patent, visit the United States Patent and Trademark Office.