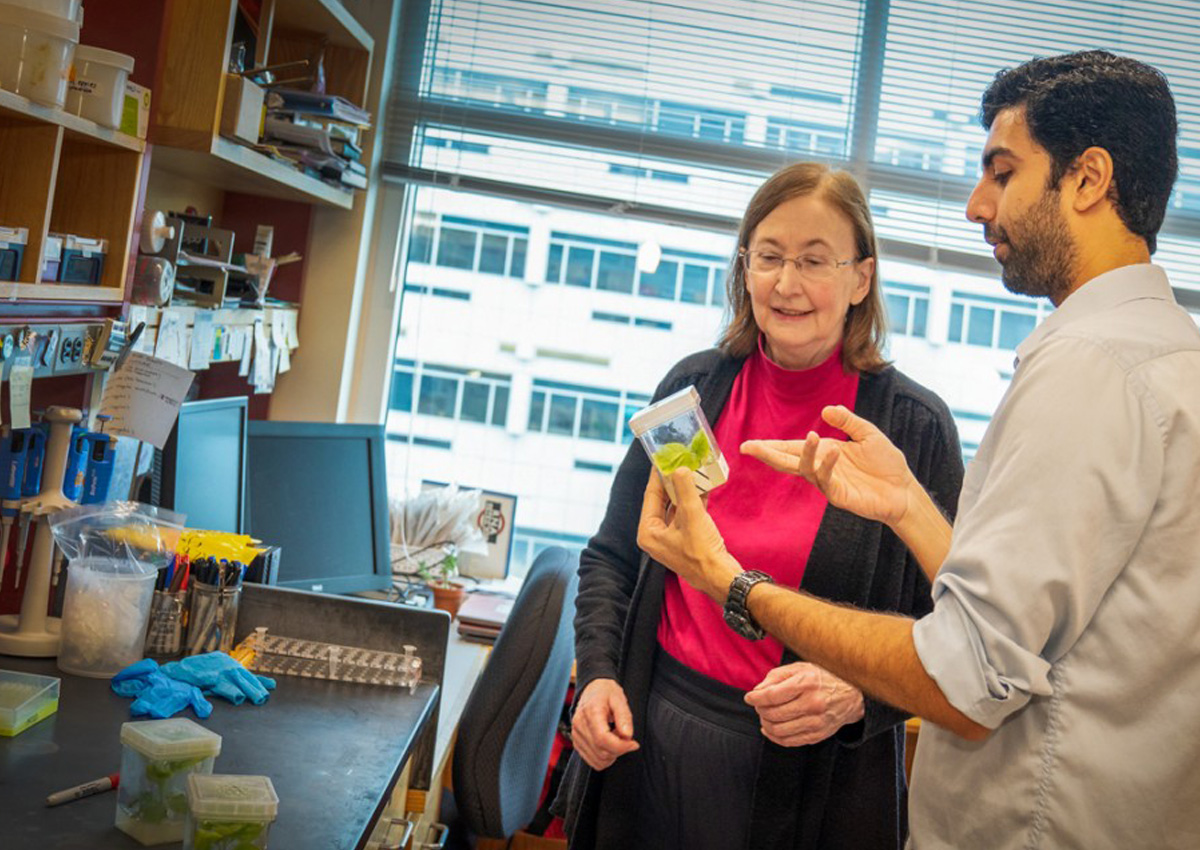 Plant scientists are continuously in a race against time to develop crops with higher yields in order to feed the projected 9 billion people on the planet by 2050. A study led by Dr. Maureen Hanson from Cornell University describes their work in putting elements from cyanobacteria into crop plants for more efficient photosynthesis.

Rubisco's reaction to both carbon dioxide and oxygen in the air is a hurdle in improving photosynthesis. Such reaction to air creates toxic byproducts, slows photosynthesis, and thereby lowers crop yields. However, in cyanobacteria, Rubisco is contained within microcompartments called carboxysomes that shield Rubisco from oxygen. Carboxysome allows cyanobacteria to concentrate carbon dioxide so Rubisco can use it for faster carbon fixation. "Crop plants don't have carboxysomes, so the idea is to eventually put in the entire carbon-concentrating mechanism from cyanobacteria into crop plants," Hanson said.

For this system to work in crop plants, scientists must remove carbonic anhydrase, a naturally occurring enzyme, from the chloroplasts, organelles in plant cells where photosynthesis occurs. The researchers used CRISPR-Cas9 to disable genes that express two carbonic anhydrase enzymes that are present in chloroplasts. In the past, another research group used a different method to remove 99 percent of the anhydrase enzyme's activity, and the plants grew normally. When Hanson's team removed 100 percent of the enzyme's activity, the plants barely grew. "It showed that plants need this enzyme to make bicarbonate that is used in pathways to make components of leaf tissue," Hanson said. Experiments showed that the absence of carbonic anhydrase did not interfere with photosynthesis, contrary to previously held views.