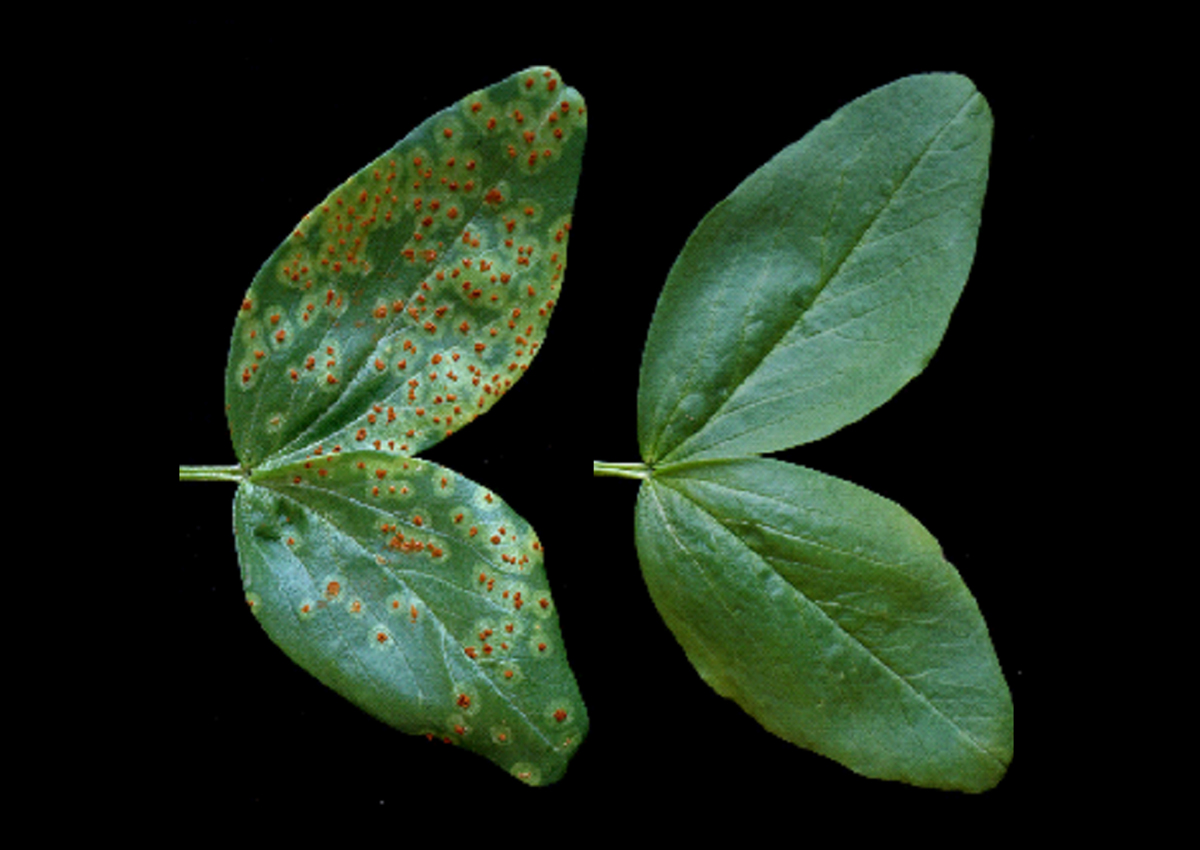 The differences are striking: both field bean plants were exposed to spores of the fungus Uromyces viciae-fabae. The plant on the left is untreated and the fungi are clearly visible. The right plant was treated with the acid, the fungus could not cause any damage. Photo Source: Perino et al. in Phytopathology

Scientists from Martin Luther University Halle-Wittenberg (MLU) and the University of the State of Paraná in Brazil have discovered that widespread fungal disease in plants can be controlled with a commercially available chemical that has been primarily used in medicine until now. In a comprehensive experiment, the team uncovered a new metabolic pathway that can be disrupted by acetohydroxamic acid, a substance used to treat harmful bacteria in the human stomach, which also inhibits urea breakdown.

The fungus Colletotrichum graminicola is prevalent around the world. It causes anthracnose in maize, a disease that causes the plant's leaves to turn yellow at first and then ultimately succumb to toxins. Plant pathologist Professor Holger Deising's team found a way to impede this transitional phase which the fungus relies on. The team administered acetohydroxamic acid onto the plants. Deising said the acid prevents the harmful fungi from penetrating into the plants and from becoming infectious.

The team also tested whether the findings from C. graminicola and maize could be transferred to other plants and fungi and found the acid to be effective against numerous other pathogens which cause, for example, powdery mildew in cereal crops, late blight in potatoes, as well as corn and bean rust.

For more details, read the article in MLU.