Bt Eggplant Scientist Hailed As One of Asia's Top 100 Scientists 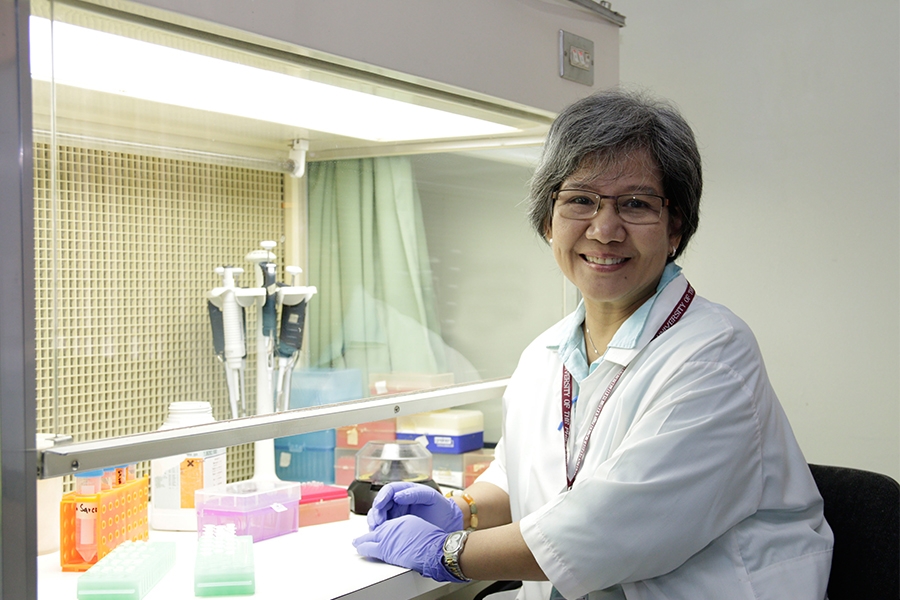 Dr. Desiree M. Hautea of the Institute of Plant Breeding of the University of the Philippines Los Baños (UPLB) was recognized this year by the Asian Scientist Magazine for her contributions in the research and development towards adoption of the Bt eggplant in the Philippines.

Dr. Hautea is the project leader of the Bt Eggplant Project, an initiative of UPLB which started in the early 2000s that aimed to develop and commercialize transgenic eggplant varieties that are resistant to the eggplant fruit and shoot borer (EFSB) in the Philippines. Eggplant is one of the most important vegetables in the Philippines due to its value of production. However, the EFSB's chronically high infestation makes it hard for farmers to maximize yield production thereby hindering potential income from the crop.

Her extensive work on the development of Bt eggplant led to the publication of the first-ever publicly available data on the field efficacy of the Bt eggplant and its potential impact on non-target organisms, as well as the development of the first public sector eggplant hybrids in the Philippines. Dr. Hautea was also conferred the 2020 Leads Agriculture Award by the Philippine Association for the Advancement of Science and Technology for her work on the Bt Eggplant. She also made significant contributions to the establishment of the UPLB COVID-19 Molecular and Diagnostic Laboratory testing facility when the pandemic hit in 2020.