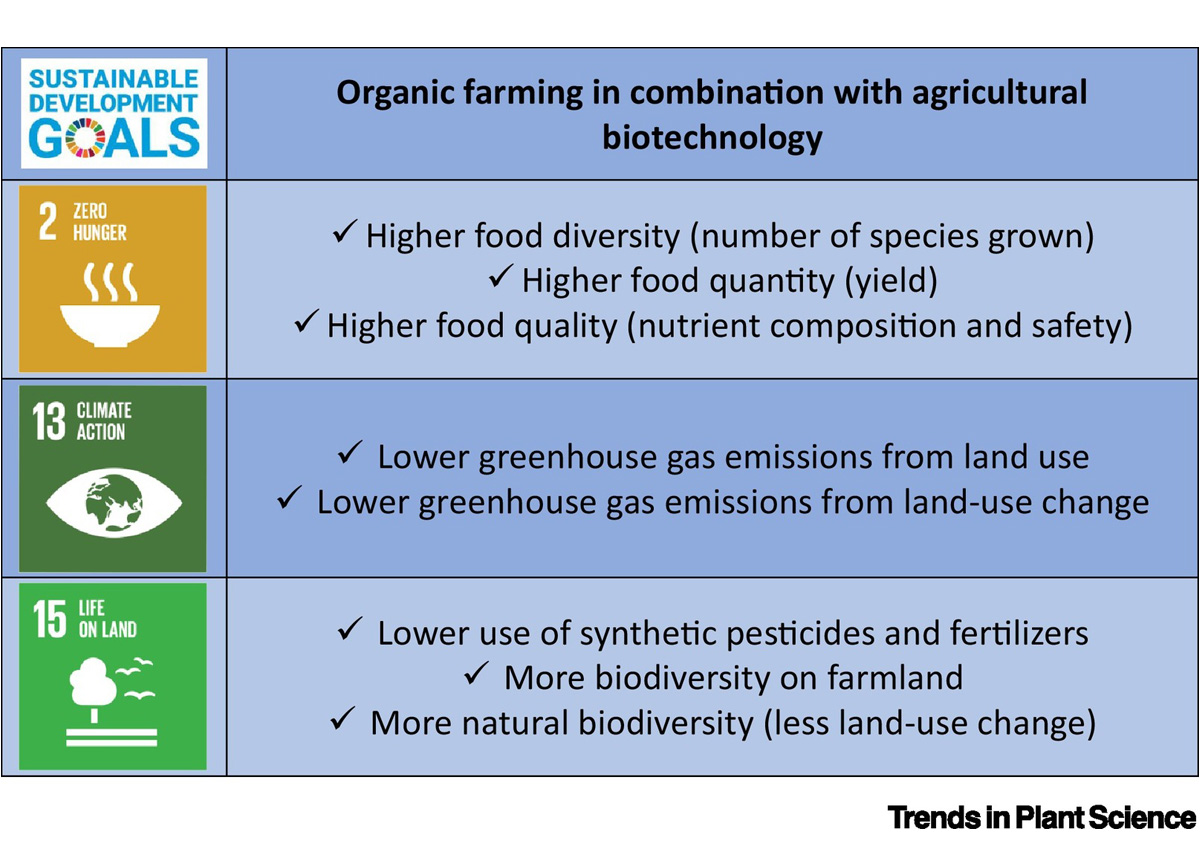 A research team including scientists from Germany, Sweden, The Netherlands, and the United States of America has made a plea for the European Union to allow novel breeding techniques such as gene editing in organic agriculture to help achieve the Sustainable Development Goals (SDGs).

In a paper published in Trends in Plant Science, the team said that Europe's Farm to Fork strategy will likely fail to deliver on its promise of realizing the SDGs unless novel breeding techniques are used in organic agriculture. They said that organic farming and modern biotechnology both have their specific strengths in contributing to the SDGs and combining both approaches could unleash important synergies.

When the SDGs were launched in 2015, the European Commission (EC) committed itself to these goals, which have to be reached in 2030. By implementing its Farm to Fork strategy, the EC at the same time wants to boost the development of EU organic farming areas with the aim to achieve 25% of total farmland under organic farming by 2030.

Co-author Justus Wesseler, professor of Agricultural Economics and Rural Policy at Wageningen University and Research said, "The global demand for high-quality food increases. More organic farming in the EU can therefore result in an expansion of agricultural land elsewhere in the world, which might lead to environmental costs that exceed any local environmental benefits in the EU."

For more details, read the article on the WUR website or the paper in Trends in Plant Science.