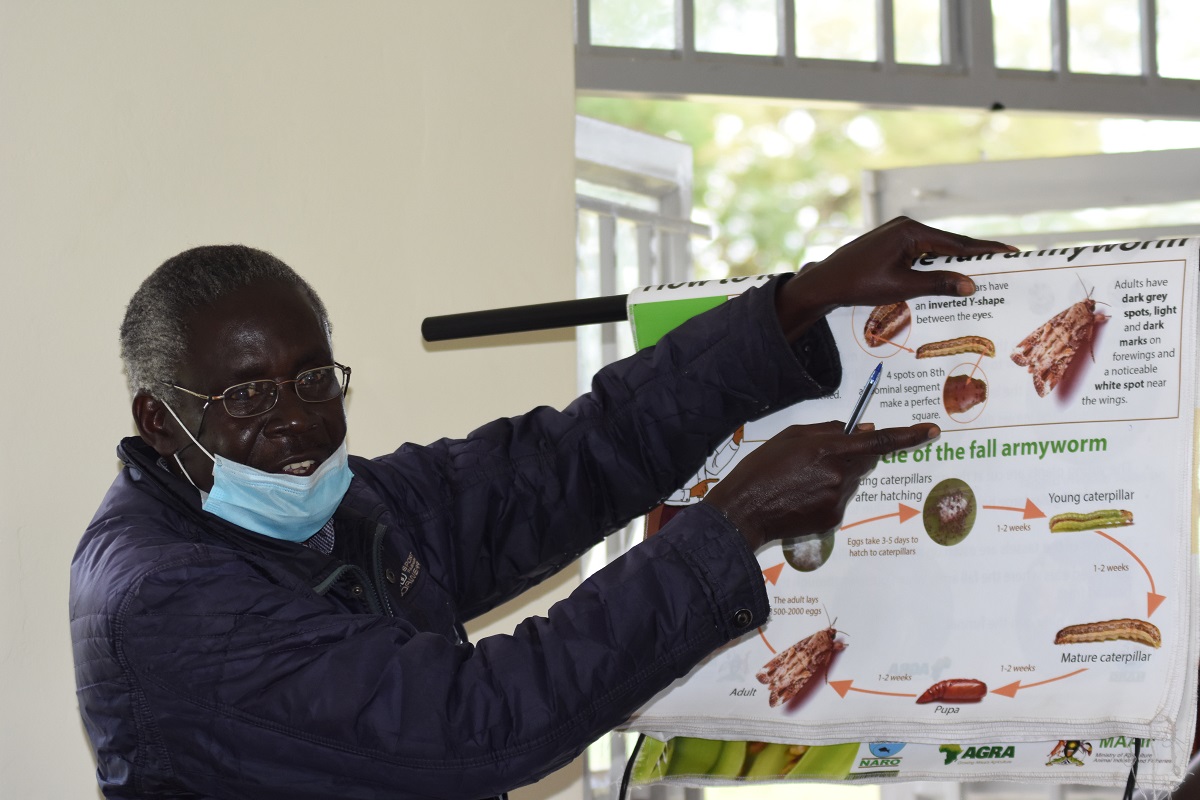 A farmer makes a remark during the training in Tororo district, eastern Uganda

Upon learning that one of the ways they could effectively deal with the challenge of the fall armyworm was using Bt maize, farmers in eastern and Northern Uganda asked the government to allow them to grow this maize.

"Why do we have to keep using dangerous pesticides when GM maize can help us fight this fall armyworm?" inquired Eseza Amoit, a farmer from Tororo district in Eastern Uganda. "Let government give us this resistant (Bt) maize and we test it," noted Yeko Jetu another farmer from Kapchorwa district in eastern Uganda. This was during a series of farmer training on fall armyworm management and control facilitated by the Uganda Biosciences Information Center (UBIC) on September 14-21, 2020. Their remarks reflected the general sentiment of the farmers in the eight districts where trainings were conducted. Uganda's National Agricultural Research Organization has developed maize varieties that effectively resist lepidopteran pests including fall armyworm. However, the general release of such genetically engineered crops is not yet permitted in the country.

The Genetic Engineering Regulatory Act which is meant to provide a regulatory framework for research and general release of genetically modified organisms is still yet to be re-tabled in Parliament. The act has been debated and passed twice by Parliament but not assented to by President Yoweri Museveni. UBIC and other stakeholders are working to ensure that a solution to this impasse is found to enable Ugandan farmers to access biotech crops that can help them address challenges like fall armyworm.

Over 350 farmers and extension agents from eight districts in eastern and northern Uganda were involved in these trainings.