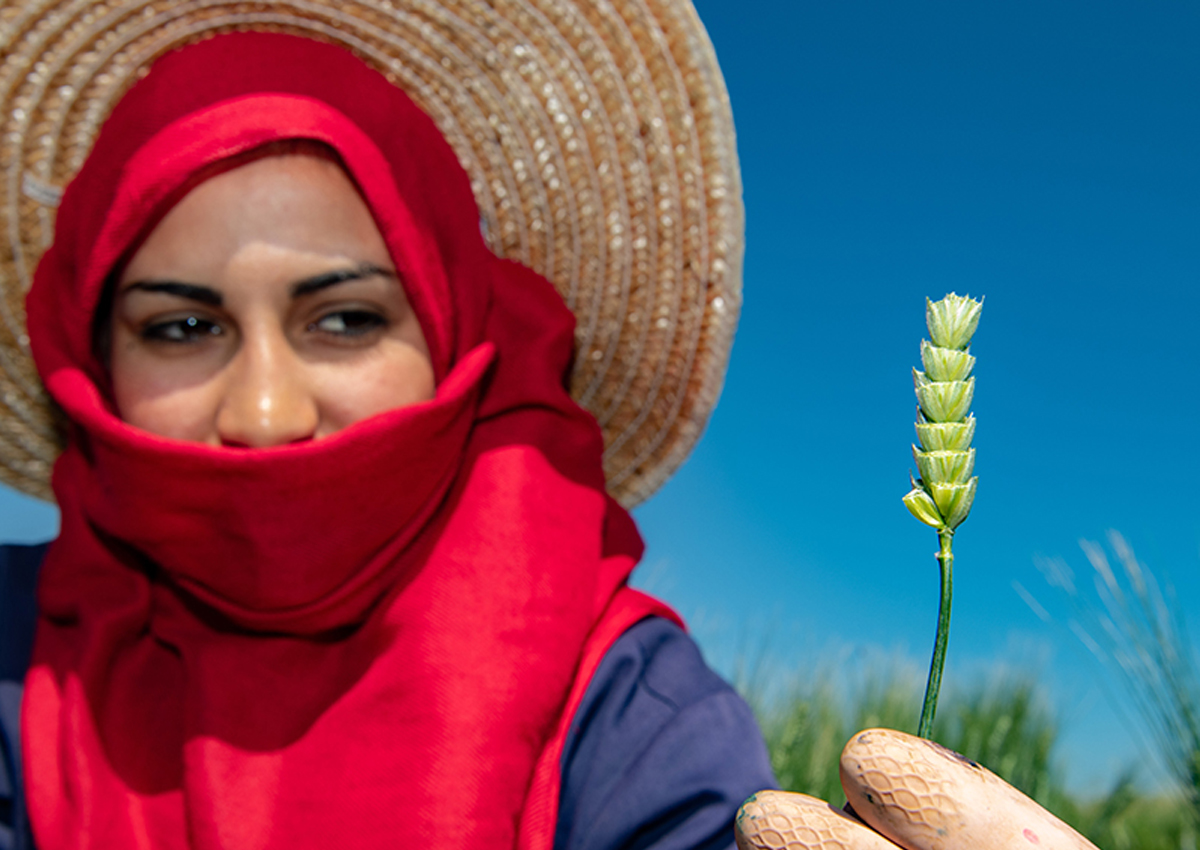 A cross-pollination is made by the field team in Lebanon to bring together modern varieties with wild relatives. Photo Source: Michael Major

An international group of researchers led by Filippo Bassi from the International Center for Agricultural Research in the Dry Areas (ICARDA) has set out to use wild crop relatives to help present crops adapt in the coming decades. Bassi's team hopes that using crop wild relatives in breeding programs can add resilience to domestic crops while keeping them delicious.

The team, coming from Africa, Europe, Asia and South America, focused on durum wheat. They gathered 60 unique varieties of wheat to expose to a battery of harsh tests, including fungal diseases, drought, and high temperatures. One-third of the wheat lines the team used were developed by combining wild relatives of wheat with strong, commercial varieties. The wild relative-derived varieties of wheat were robust compared to the conventional varieties. About a third of wild relative varieties were resistant to the fungal disease Septoria, compared to just a tenth of the others. But conventional wheat varieties were more resistant to other diseases, such as leaf rust, that have been the focus of past breeding programs.

The wild relative wheat varieties shone under drought and heat stress. During drought, these varieties had larger grains, a critical adaptation and market trait for this crop. When nitrogen was in short supply, the wild-derived lines produced a higher yield than the other wheat varieties. Bassi said the wild relative presented a clear advantage with a yield increase of 42 percent under heat stress.

Bassi's team also looked at the usefulness of the 60 wheat varieties for making pasta. Here, the wild-derived wheat lines were the least suitable for pasta making. Overall, durum wheat's wild relatives appeared useful. When crossed to elite commercial varieties, they provided increased resistance to heat, drought, and some diseases, which is a great promise in terms of climate change adaptation.

For more details, read the article in the American Society of Agronomy.