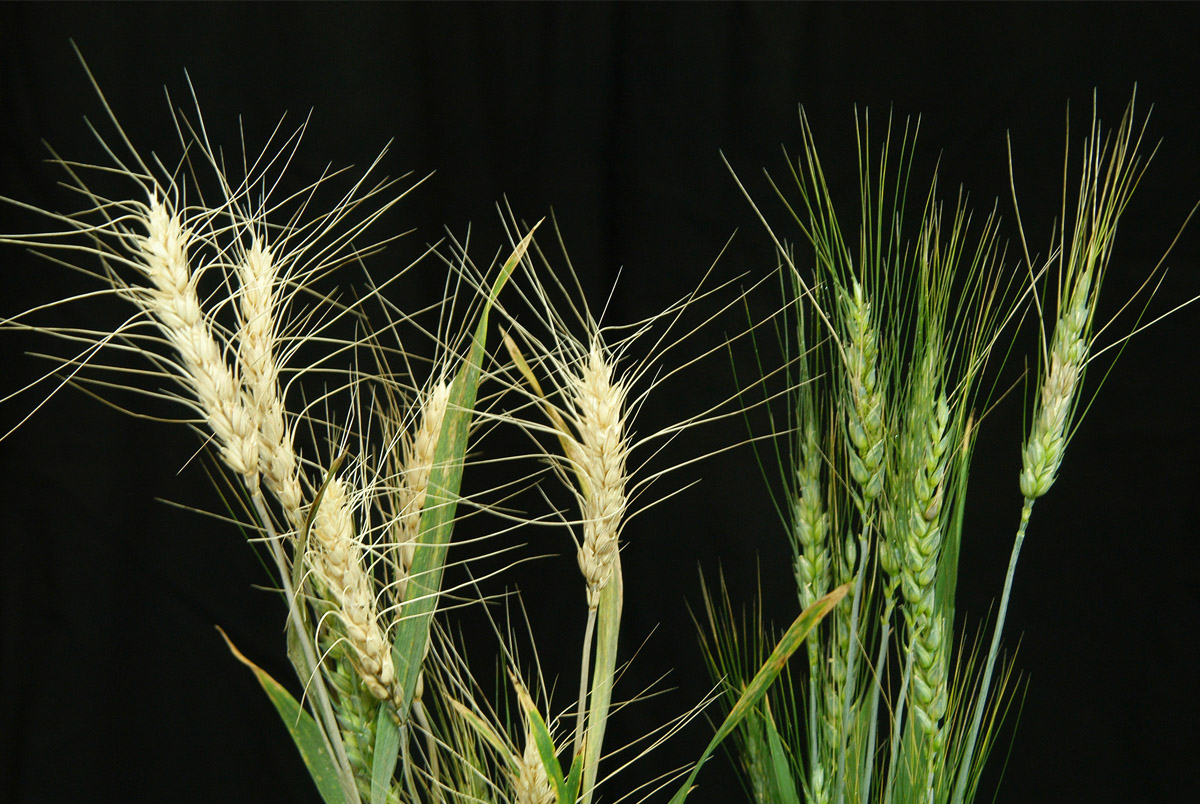 Researchers from the U.S. Department of Agriculture Agricultural Research Service (USDA ARS) and colleagues from Shandong Agricultural University in China have discovered a gene that can be used in the development of wheat varieties with more resistance to Fusarium Head Blight (FHB), a disease that is a major threat to wheat crops worldwide. FHB shrivels grain and can significantly decrease harvests of wheat and barley. Worse, the toxins released by the fungus Fusarium graminearum, a growing problem in the breadbaskets of Europe, North America, and China, remain in grain intended for food.

The researchers published their discovery and the cloning of the gene, known as Fhb7 in the journal Science. Fhb7 was found in Thinopyrum wheatgrass, a wild relative of wheat previously used to develop varieties of wheat with beneficial traits, such as rust resistance and drought tolerance. The research team found that the gene effectively reduces FHB by detoxifying the mycotoxins secreted by the pathogen. The gene also confers resistance to crown rot, a wheat disease caused by a related pathogen.

They cloned the gene and introduced it into seven wheat cultivars with different genetic profiles to study its effects on plants grown under field conditions. The results showed that the gene not only conferred resistance to scab in the new plants, but it also had no negative effects on yield or other significant traits.

For more details, read the news releases from USDA ARS and Science.