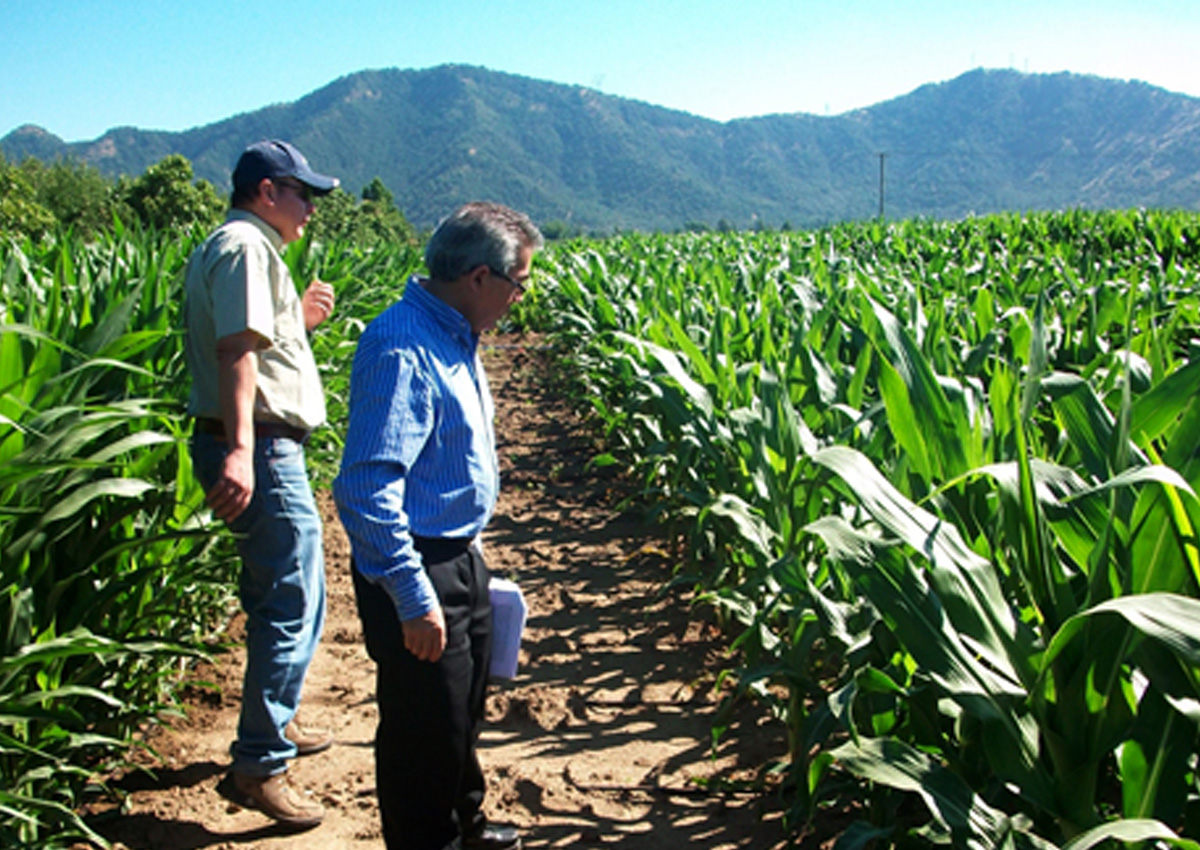 Chilean biologist Simón Ruiz from the University of Talca has developed a transgenic corn variety that can withstand 52 days without water. Ruiz and his research team developed the transgenic corn with genes from a tomato that grows in the Atacama Desert. The research team isolated 78 genes for possible tolerance to drought, salinity, and cold. To fully understand the function of these genes, the team cultivated the seeds.

The team used H12 seeds because it grows fast in the greenhouse. However, H12 produced small cobs and died in the field. Next they used a variety called 873, the mother plant of all corn, which gave the plants vigor to grow despite excessive light, fluctuating temperatures and pests. The tests were done in the field in summer, during flowering and grain filling. Plants with and without resistant genes were planted, and both grew for 52 days without water. However, plants without the resistance genes had very few kernels, while those with resistance genes had tremendous kernels. The researchers also found that transgenic plants that were not irrigated maintained 80 percent of their productivity. Plants without the resistance gene and were not irrigated, maintained only 20 percent of their productivity..

For more details, read the article in ChileBio (in Spanish).