With ISAAA's continuous efforts in shaping sound policy and regulations, our aim is to attain responsible deployment and adoption of biotech crops. ISAAA provides various forms of support to enable the transfer of appropriate biotechnology applications, at the same time stimulate science-based discussions through effective science communication. We are ISAAA highlights our efforts to bring the benefits of biotechnology to those who need it most and uplift more lives, especially in the developing world.

Highlights of the 2018 ISAAA Report

Highlights of the 2017 ISAAA Report

Highlights of the 2016 ISAAA Report

Messages to the Public

The summarizes the messages of biotech experts and stakeholders to the public. It addresses concerns on the safety of biotech crops and highlights the importance of public understanding of biotechnology, as well as the benefits that the public can get from biotech crop adoption.

Benefits of Countries from Adopting and Importing GM Crops

This video presents the viewpoints of biotech experts and stakeholders from different adopting countries such as Burkina Faso, Brazil, South Africa, and China.

ISAAA releases its latest short video (6 minutes) capturing the viewpoints of biotech experts and stakeholders from different countries on how to properly address biotech critics.

Issues and Challenges in Crop Biotechnology

A collection of views and personal experiences of eminent scientists, regulators and communicators from 11 countries, in dealing with various issues and challenges in the adoption and acceptance of biotechnology and biotech crops.

The Bt Eggplant Story video series documents the development of Bt eggplant in the Philippines and highlights the clamor of farmers for the release of the genetically modified (GM) crop.

Inside the Biotech Lab

Inside the Biotech Lab seeks to dispel doubts and fears about crop biotechnology by showing step-by-step footages of what actually happens when using a gene gun inside a laboratory. 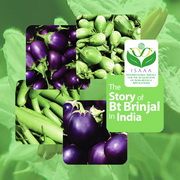 The Story of Bt Brinjal in India

The Story of Bt Brinjal in India documents the process of development, deregulation, demand and debate on Bt brinjal (eggplant/aubergine) in India. The experts objectively answer key societal concerns including Why India needs Bt brinjal? How rigorous is safety assessment process? Why Bt brinjal is Safe? Who would benefit from Bt Brinjal? And Why Bt brinjal is indispensible for farmers and consumers?

“Bt Brinjal – Safer, Better & Affordable” captures the diverse views of experts, farmers and consumers on Bt brinjal in India. The key stakeholders navigate the viewers through the confusing myths of science, safety, regulation and economics of Bt brinjal for the Indian society to make informed choice on this technological breakthrough based on evidence rather than rhetoric.

Cadres of Change: Transforming Biotech Farmers in China, India, and the Philippines

A 10- minute video based on the project research Adoption and Uptake Pathways of GM/Biotech Crops by Small-scale, Resource-poor Asian Farmers in China, India, and the Philippines consolidates the farmer narratives from the three countries on adoption and uptake pathways of biotech crops.

This video summarizes the countries that adopted biotech crops since its first commercialization in 1996 to 2012. 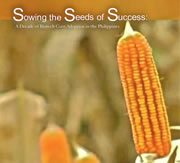 Sowing the Seeds of Success: A Decade of Biotech Corn Adoption in the Philippines

Since biotech corn was commercialized in the Philippines in late 2002, its adoption has increased consistently every year. The benefits of biotech corn to Filipino farmers' livelihood, income and health have been well-studied and documented. However, biotech corn's journey in the Philippines starting with Bt corn continues to evolve as new agricultural problems emerged. Research institutions have developed herbicide tolerant (HT) corn followed by stacked traits corn varieties that have both pest resistance and herbicide tolerance. In 2012, stacked traits accounted for 85% of the total biotech area in the country. About 375,000 resource-poor farmers are estimated to be benefiting from the technology.

This video summarizes the process that farmers in selected provinces of Luzon, Philippines, go through as they learn and eventually adopt biotech corn. The video is based on the study Adoption and Uptake Pathways of Biotech Crops in the Philippines conducted by the College of Development Communication in UP Los Baños; ISAAA; and the Southeast Asian Regional Center for Graduate Study and Research in Agriculture (SEARCA).

Below are 10 short videos based on the study: 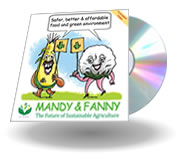 "Mandy & Fanny: The Future of Sustainable Agriculture" narrates the story of two biotech crops (maize and cotton), which have been grown on millions of hectares since 1996. The four-minute video offers an exciting way to learn about biotech crops with its audio visual content, animation, and interactive info graphics. 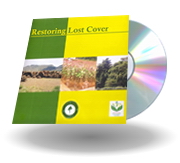 The video documents efforts of the Tree Biotechnology Programme-Trust (TBP-Trust) to meet the growing demand for quality trees and tree products in the Eastern & Central Africa region through a South-to-South, public-private technology transfer of the proven clonal eucalyptus from South Africa. 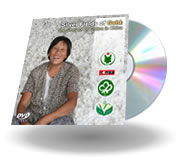 Silver Fields of Gold: The Story of Bt Cotton in China

This video documents cotton cultivation in China and how Bt cotton eventually became the first biotech crop to be cultivated widely in the country. Various stakeholders who made this a reality - scientists, government officials, farmers and the private sector - share their experiences and thoughts about this technology. 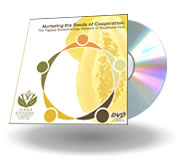 Nurturing the Seeds of Cooperation: The Papaya Network of Southeast Asia

A 17-minute video that documents the collaborative efforts of various stakeholders and partners to develop Papaya Ringspot Virus (PRSV)-resistant papaya. The video highlights public-private partnerships and how countries in Southeast Asia have benefited through the network's capacity building efforts and technology and information sharing initiatives. 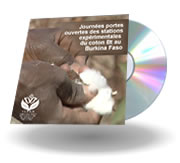 Seeing is Believing - The Bt Cotton Trials in Burkina Faso

A 19-minute video that documents the "Seeing is Believing" visit to the Burkina Faso Bt cotton field trials. The workshop was held in November 2006. 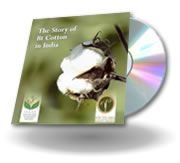 The Story of Bt Cotton in India

This video documents the process that it took for India's first genetically modified crop, Bt Cotton to be approved for commercialization. 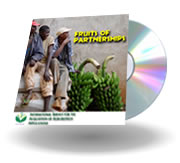 A 20-minute video that documents the efforts of various stakeholders to introduce tissue culture banana in small farmers' farms in Kenya and Tanzania. 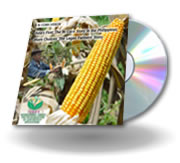 Asia's First: The Bt Corn Story in the Philippines

A documentary that captures in 18 minutes the seven year process that it took for a genetically modified crop to be approved for commercialization in a developing country. 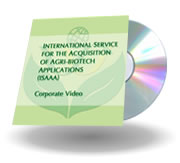 The visions, strategies, programs, and projects of ISAAA, a not-for-profit organization that delivers the benefits of new agricultural biotechnologies to the poor in developing countries, succinctly presented in an 18-minute video format.