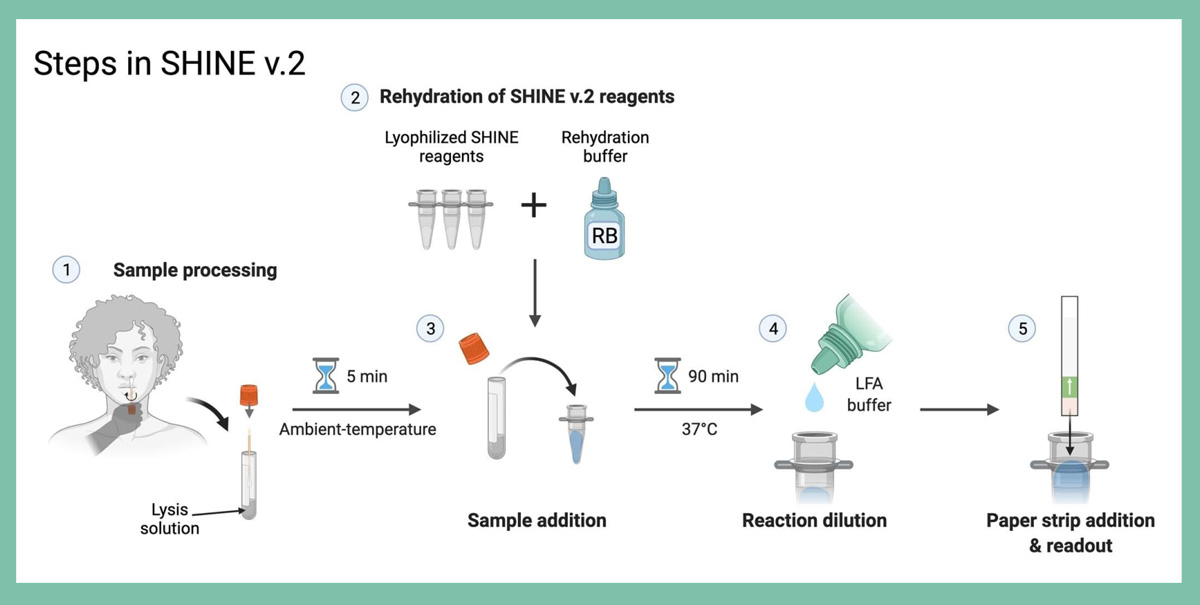 SHINEv.2 is a CRISPR-based diagnostic test for SARS-CoV-2 and its variants that can be performed with only five simple steps. Depicted is a version of SHINE v2 that reads out its results via a method similar to other viral home tests. Illustration from Princeton University

Researchers from Princeton University and the Broad Institute have created an easy-to-use diagnostic COVID-19 test that is more sensitive than the commonly used at-home antigen tests and allows for the rapid and specific detection of SARS-CoV-2 variants in point-of-care settings.

Cameron Myhrvold, an assistant professor in the Department of Molecular Biology at Princeton, previously worked with Broad Institute member and Harvard University professor Pardis Sabeti to develop a CRISPR-based test that could be tailored to diagnose specific viral infections. Myhrvold's team called their test SHINE to detect SARS-CoV-2 with remarkable sensitivity. The improved test is called "SHINEv.2" and was able to quickly discern between infections from the Alpha, Beta, Delta, or Omicron SARS-CoV-2 variants in patient samples. The team says the test can be rapidly modified to pick up on any other variants that may arise.

For more details, read the article on the Princeton University website.