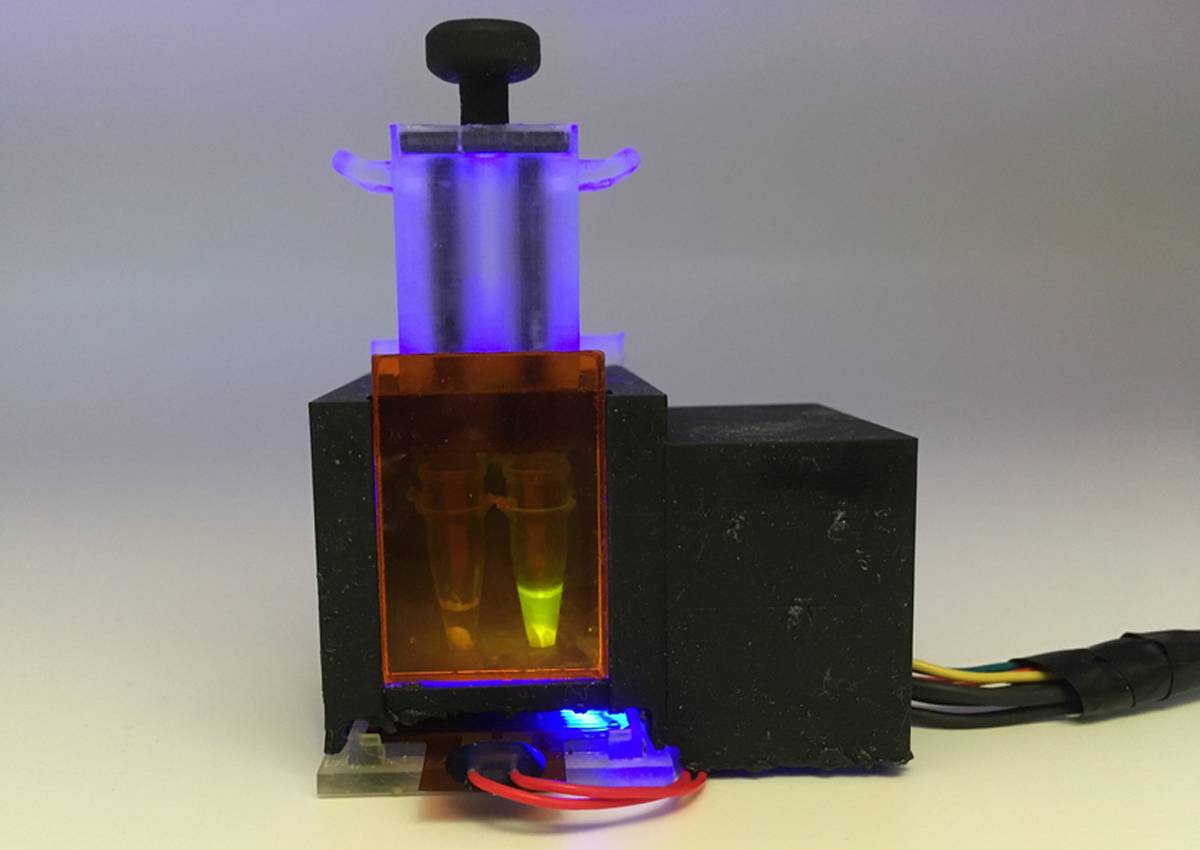 Engineers at MIT and Harvard University have designed a small tabletop device that can detect SARS-CoV-2 from a saliva sample in about an hour. Photo Source: Devora Najjar

Engineers from the Massachusetts Institute of Technology (MIT) and Harvard University have designed a small tabletop device that can detect SARS-CoV-2 from a saliva sample in about an hour. The diagnostic device relies on CRISPR technology and is just as accurate as the PCR tests now used.

The tabletop device can also be used to detect specific viral mutations linked to some of the SARS-CoV-2 variants that are now circulating, with results that can be obtained within an hour, potentially making it much easier to track different variants of the virus, especially in regions that don't have access to genetic sequencing facilities. James Collins, the Termeer Professor of Medical Engineering and Science in MIT's Institute for Medical Engineering and Science (IMES) and Department of Biological Engineering said that their platform can be programmed to detect new variants that emerge. "In this study, we targeted the U.K., South African, and Brazilian variants, but you could readily adapt the diagnostic platform to address the Delta variant and other ones that are emerging," he added.

The tool can be assembled for about US$15, with costs coming down significantly if the devices will be produced on a large-scale basis. The new diagnostic relies on SHERLOCK, a CRISPR-based tool that Collins and others first reported in 2017. The system includes an RNA guide strand that detects specific target RNA sequences and Cas enzymes that cleave to those sequences and produce a fluorescent signal. The team first tested their device with human saliva spiked with synthetic SARS-CoV-2 RNA sequences, and then with about 50 samples from patients who had tested positive for the virus. They found that the device was just as accurate as the gold standard PCR tests now used, which require nasal swabs and take more time and significantly more hardware and sample handling to yield results.

For more details, read the article in MIT News.