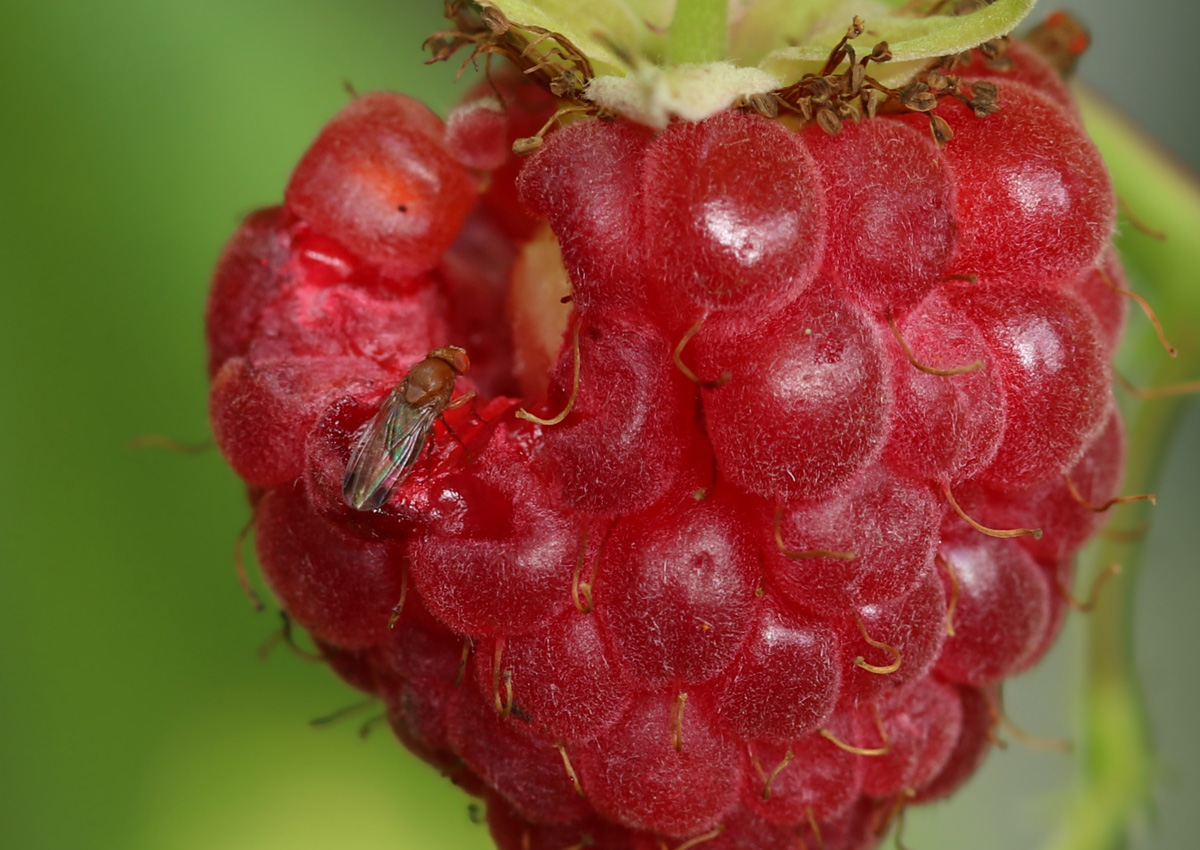 Using CRISPR technology, researchers at the University of California San Diego have set their aims on a worldwide pest known to decimate valuable food crops. Researchers Nikolay Kandul, Omar Akbari, and their colleagues have now adapted the precision-guided sterile insect technique (pgSIT) for use in Drosophila suzukii, also known as spotted-wing drosophila, an invasive fruit fly responsible for millions of dollars in crop damage.

The spotted-wing drosophila has invaded many parts of the world and caused widespread agricultural and economic damage to several crops, including apples, cherries, raspberries, blueberries, strawberries, peaches, grapes, olives, and tomatoes. The flies proliferate by depositing their eggs inside a growing fruit. They are notoriously difficult to control using insecticide sprays since their larvae consume ripening fruit pulp.

The UC San Diego research team used CRISPR editing to target genes essential for female D. suzukii viability and male fertility. The pgSIT eggs could be produced at a factory and released at sites invaded by pests such as D. suzukii. Eggs could be deployed directly into areas where the flies are causing damage, and only sterile males would hatch after about two weeks. Since only two genes are knocked out, the males emerge fit enough to compete with their wild counterparts and quickly seek females to mate with, resulting in inviable offspring. “This technology would replace the need for insecticides and only suppress the target species population,” said Akbari.

For more details, read the article in the UC San Diego News Center.