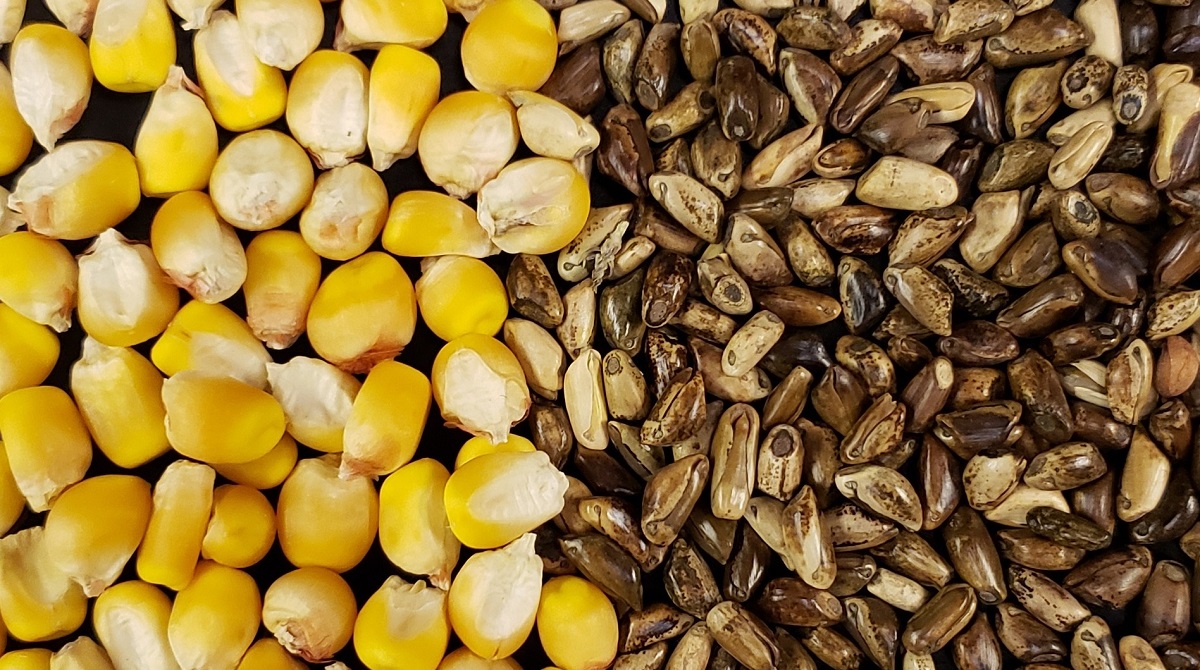 Kernels of corn on the left contrast sharply with the grain produced by teosinte, pictured on the right. Humans began domesticating teosinte thousands of years ago as they developed modern corn. Image courtesy of Kan Wang, Iowa State University.

Using a new tool developed by scientists from Iowa State University, researchers will now be able to identify traits like disease resistance and stress resistance in the corn's wild ancestor and use them to further advance modern corn breeding selection.

The tool harnesses the latest techniques to produce fertile transgenic teosinte plants for the first time. Teosinte is a wild grassy plant that was domesticated over the course of a thousand years ago to develop into the modern corn. The tool was discovered when the scientists were able to identify a robust callus induction and regeneration protocol using whorl segments of seedlings grown from mature seeds. With it, they were able to produce callus tissue with cells that have not yet developed into variant cells.

These callus cells can be used to explore the original traits that were previously lost along the way as the modern corn was domesticated over the years. Identifying these lost traits can help researchers harness the genetic diversity of corn and may be helpful in breeding better corn varieties with improved growing and flowering times. Furthermore, new DNA can be introduced into the callus cells using transgenic technology. Using gene editing tools, researchers can use the callus cells to study different genes by switching them off and further exploring the traits found in the corn genome.