Golden Rice Favored as It Tastes, Smells like Regular Rice, but More Nutritious 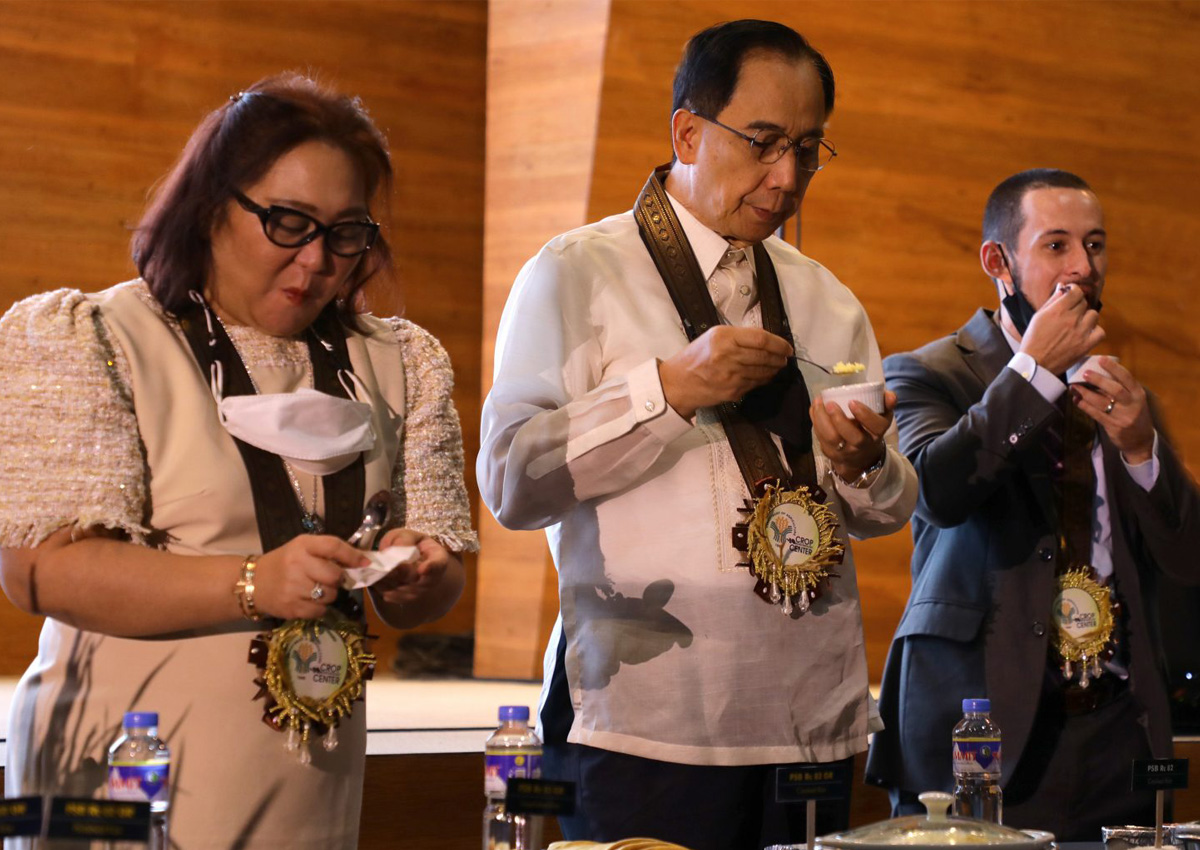 "It smells and tastes the same as ordinary rice, except it is colored yellow. But I will choose ‘Golden Rice' over white rice, because it has more health benefits." said Secretary Dar during the rice-tasting event as part of the inauguration of the DA's Crops Biotechnology Center (DA-CBC).

Nueva Ecija Representative Micaela S. Violago, an ophthalmologist by profession, also favors Golden Rice, saying, "Golden Rice is a welcome development, as its regular consumption would give children more Vitamin A and therefore clearer eyesight." Also at the tasting event was US Agricultural Attaché Ryan Bedford who said he is a fan of Golden Rice and will feed it to his two daughters.

"Golden Rice" is like ordinary rice but enriched with beta carotene, which the body converts into vitamin A as needed. The increased consumption of "Golden Rice" by Filipino families would improve their dietary and nutritional requirements, said Dr. Marissa Romero, co-lead of the Healthier Rice Project. The beta-carotene enriched rice has been approved for commercial propagation by the DA Bureau of Plant Industry on July 21, 2021.

For more details, read the news releases from the DA and PhilRice.