Insights on Flowering from Two Studies Could Boost Cassava Production 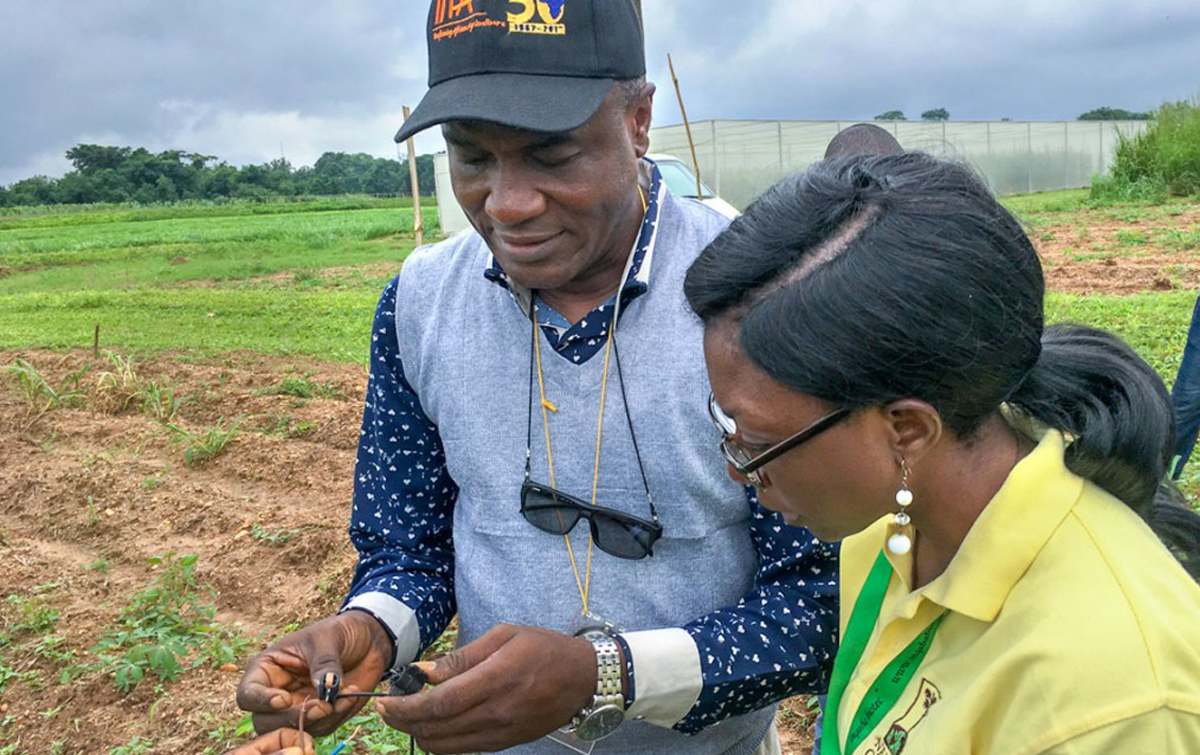 Two studies led by scientists at Cornell University and the International Institute of Tropical Agriculture (IITA) provide cassava breeders with potential best practices to overcome poor or delayed flower production. Cassava has been a difficult crop for plant breeders to improve in part because of delayed and poor production of flowers.

The first study aimed to better understand the factors regulating cassava flowering and its low ratio of female to male flowers. For breeding to be effective, more female flowers are required as they become seeds. However, cassava's natural tendency is to produce more males than females. Through various trials, a three-input combination was eventually found to promote flowering with an increased ratio of female to male flowers. These include specific pruning methods, application of a compound called silver thiosulfate (STS), and applications of benzyladenine, a synthetic plant hormone. The hormone addition helped increase female flowers to more than 80%, and the three-way treatment combination also led to an increase in fruit.

The second study examined the effects of delayed flowering on breeding cycles. Longer breeding cycles mean delays in bringing improved varieties to smallholder farmers, many of whom depend on cassava for food security. To determine conditions that are optimal for flower induction, the researchers compared early flowering cassava against late-flowering cassava at two field locations in southern Nigeria and simultaneously tested different controlled temperature conditions. The early flowering varieties flowered at similar times, and the late-flowering genotypes were environmentally sensitive such that they were substantially delayed at warmer temperatures under controlled conditions.

The two studies were independent of each other but the researchers noted a plant gene called TEMPRANILLO1 (TEM1) in each study that had the lowest expression levels in treatments that improved cassava flowering. This was found in the three-part combination that boosted female flower numbers and cool temperature and Ubiaja field sites where cassava flowering was the earliest. These studies represent the first report of a possible significant role TEM1 plays in cassava flower development.

For more details, read the news article in the Cornell Chronicle.