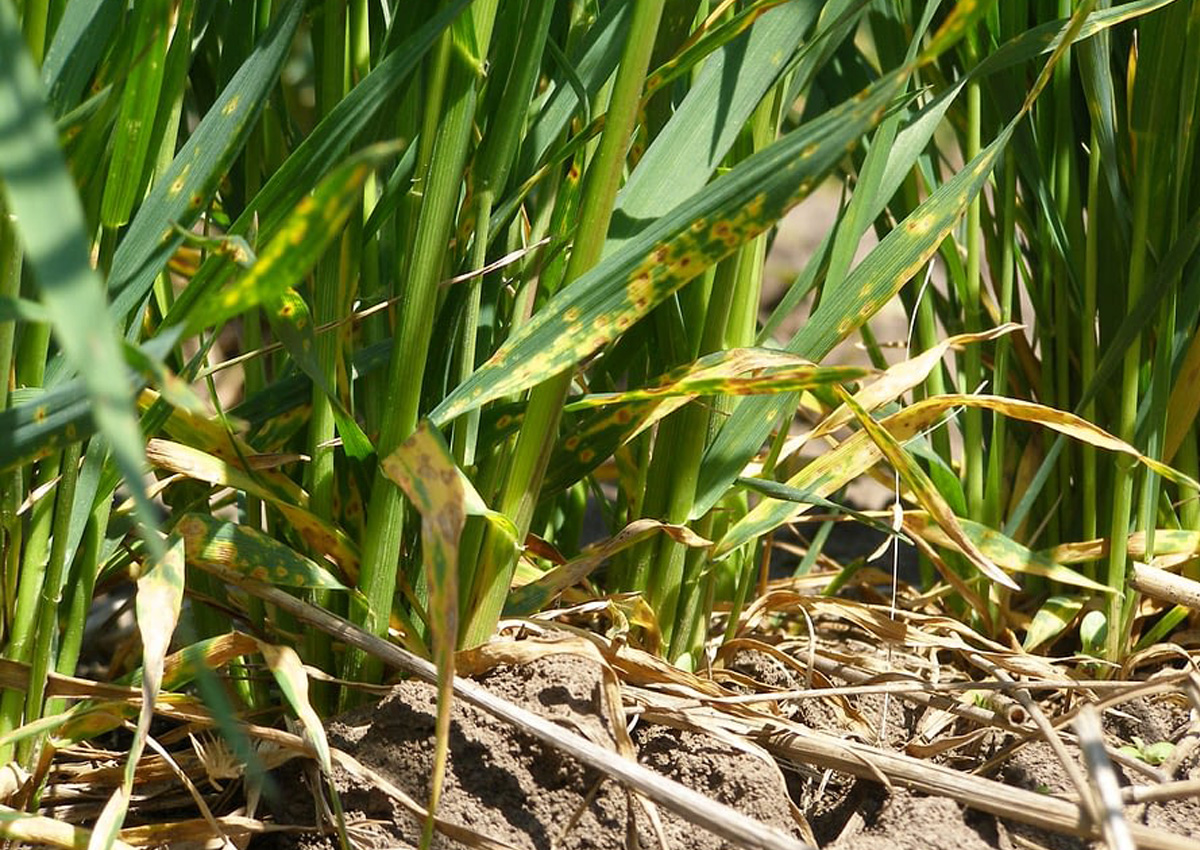 A genome-wide association study (GWAS) conducted by scientists at the Institute of Plant Biology and Biotechnology (IPBB) in Kazakhstan and the International Maize and Wheat Improvement Center (CIMMYT) has found new sources of genetic resistance to tan spot disease, a lesser-known pathogen of wheat.

Kazakhstan is one of the main wheat-growing nations in Central Asia and farmers have struggled with tan spot epidemics since the 1980s. Kazakh farmers have reported losing nearly half of their harvest to the disease during epidemic years. Scientists at IPBB and CIMMYT found important and novel genetic associations with resistance to tan spot for the two main races of the disease, race 1 and race 5, which are the most prevalent in Kazakhstan. The research centers assembled a panel with 191 samples of wheat having different levels of resistance from Kazakhstan, Russia, and CIMMYT, through the International Winter Wheat Yield Partnership (IWWYP).

To conduct the GWAS, the scientists used DArTseq to sequence the entries in the panel, a device housed at the CIMMYT global headquarters in Mexico. The DArTseq method sequences the genome representations on the Next Generation Sequencing platforms and generates high-density single nucleotide polymorphisms (SNPs) data in a cost-effective manner. Using the SNPs generated by DArTSeq and the phenotypic scoring of resistance to tan spot at the seedling and adult plant stages in Kazakhstan, the scientists were able to mark genomic regions associated with resistance to the disease. Novel regions on chromosomes 3BS, 5DL, and 6AL were all found to have some promising traits of resistance, especially 6AL, which appears to be superior in protecting plants from both races of the pathogen.

For more details, read the news article on the CIMMYT website.