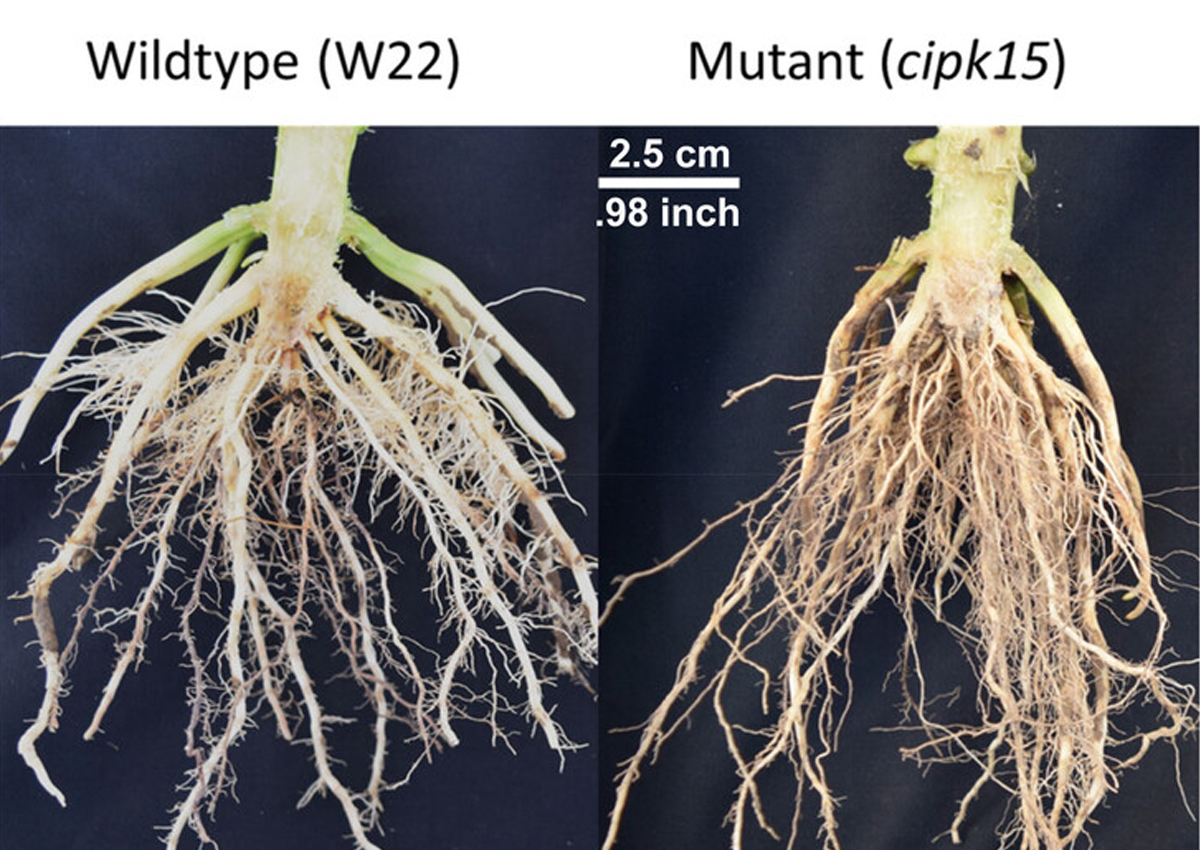 These images of root architecture in the field show the cipk15 mutant corn genotype had significantly steeper angles compared to the wildtype genotype. Plants were grown in low nitrogen conditions. The mutant corn line that produced the root on the right lacks a gene that regulates root growth. Photo Source: Hannah Schneider/Penn State

An international team of researchers led by The Pennsylvania State University (Penn State) have found a gene that regulates the angle of root growth in corn, a discovery that will enable the breeding of deeper-rooting crops with enhanced ability to take up nitrogen.

The gene, called ZmCIPK15, was found to be missing in a naturally occurring mutant corn line that grows roots at steeper angles that make them go deeper into the soil. They identified the gene using a genome-wide association study, which involves statistical analysis of a genome-wide set of genetic variants in different plant lines to see what genes are associated with a trait.

For more details, read the news release from Penn State.