Scientists Report a Plant Part in Arabidopsis for the First Time 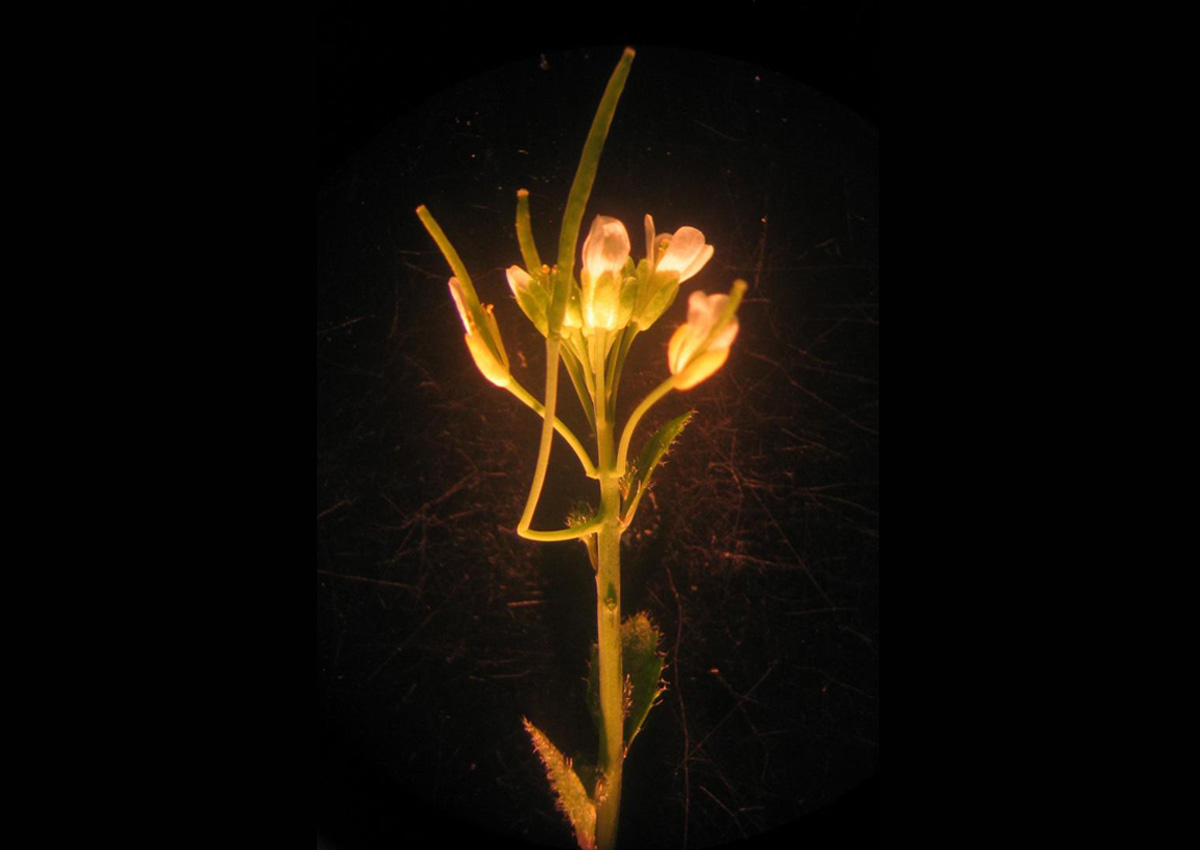 Cantils, named for their cantilever function of supporting the flower-bearing stalk, are newly reported plant structures that develop in wild-type Arabidopsis as a consequence of delayed flowering under short-day lengths. The image shows a FLOWERING LOCUS T mutant strain (ft-10) flowering under a long-day length. One long and two short cantils are visible. Photo Source: Timothy Gookin

Thale cress (Arabidopsis thaliana) is an important plant especially to scientists trying to understand how plants grow and develop. It has been used for research for decades, and one might expect that its structure has been fully documented, but a study reveals this plant still has some surprises.

A study conducted by scientists at The Pennsylvania State University describes a previously unreported structure in Arabidopsis called the 'cantil', which connects to the stem at one end and hangs in the air to hold up the flower-bearing stalk, similar to the function of a cantilever in structural engineering.

Dr. Timothy Gookin, a postdoctoral researcher working in the Assmann Lab at Penn State University said that he first observed the cantils in 2008 but thought they were an artifact of genetic contamination. Cantils eluded scientists for so long because, first, cantils are rare. They only develop under certain conditions that cause the plant to delay flowering, such as short day lengths, and cantils only form at the precise point at which the plant begins to flower. Dr. Gookin also discovered that some popular Arabidopsis strains have genetic mutations that make them incapable of producing cantils at all.

For more details, read the article in the Smithsonian Magazine.