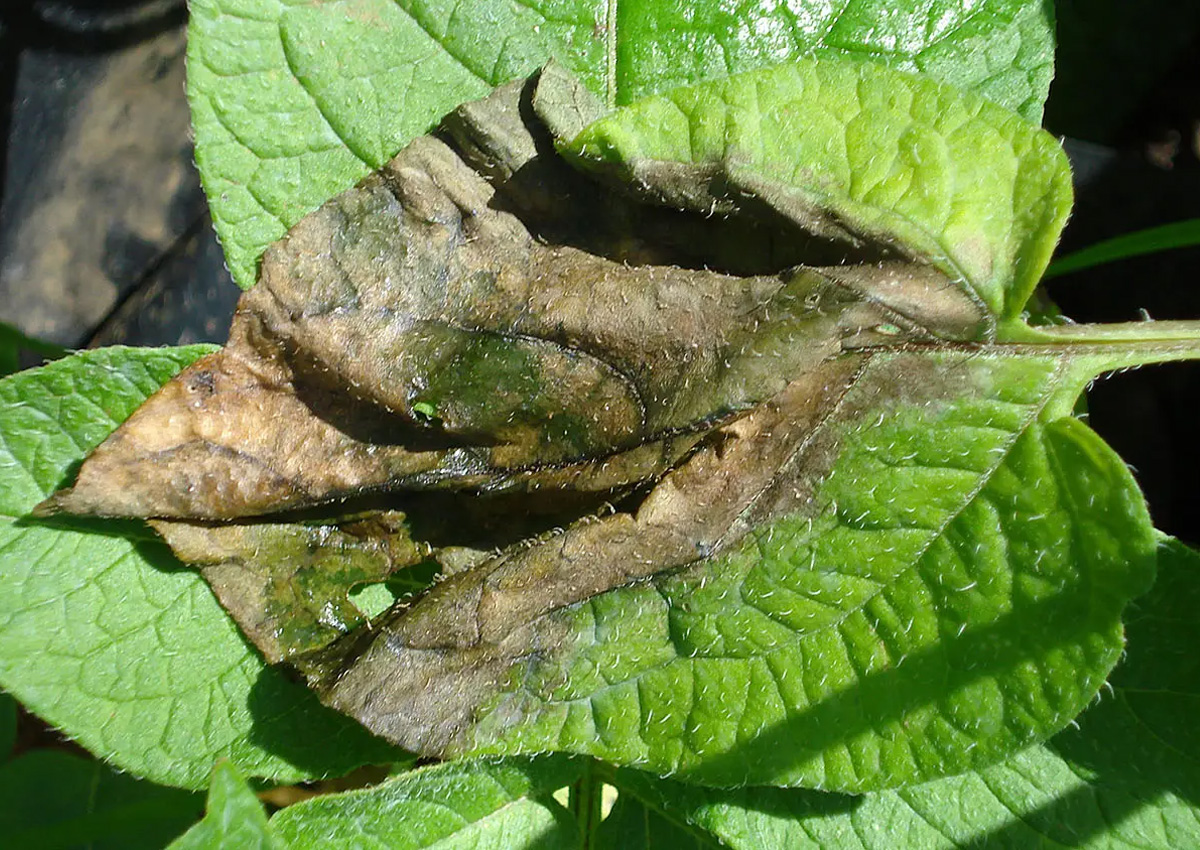 A plant in Chile affected by late blight disease. NC State researchers track the evolution of strains of P. infestans, the pathogen that caused the Irish potato famine in the 1840s, which continues to harm plants worldwide. Photo Source: Jean Ristaino

Researchers from North Carolina State University (NC State) continue to track the evolution of different strains of Phytophthora infestans, the plant pathogen that caused the Irish potato famine in the 1840s, which set down roots in the United States before attacking Europe.

NC State plant pathologists studied the genomes of about 140 pathogen samples – historic and modern – from 37 countries on six continents to track the evolution of different strains of P. infestans, a major cause of late-blight disease on potato and tomato plants. The study shows that the historic lineage called FAM-1 was found in nearly 73 percent of the samples and was found on all six continents.

In 1843, FAM-1 caused potato blight outbreaks in the United States, and two years later in Great Britain and Ireland. It was also found in historic samples from Colombia, suggesting a South American origin. FAM-1 survived for about 100 years in the United States but was then displaced by US-1, a different strain of the pathogen. US-1 is not a direct descendant of FAM-1 and was found in 27 percent of the samples. US-1 has since been elbowed out by more aggressive strains from Mexico.