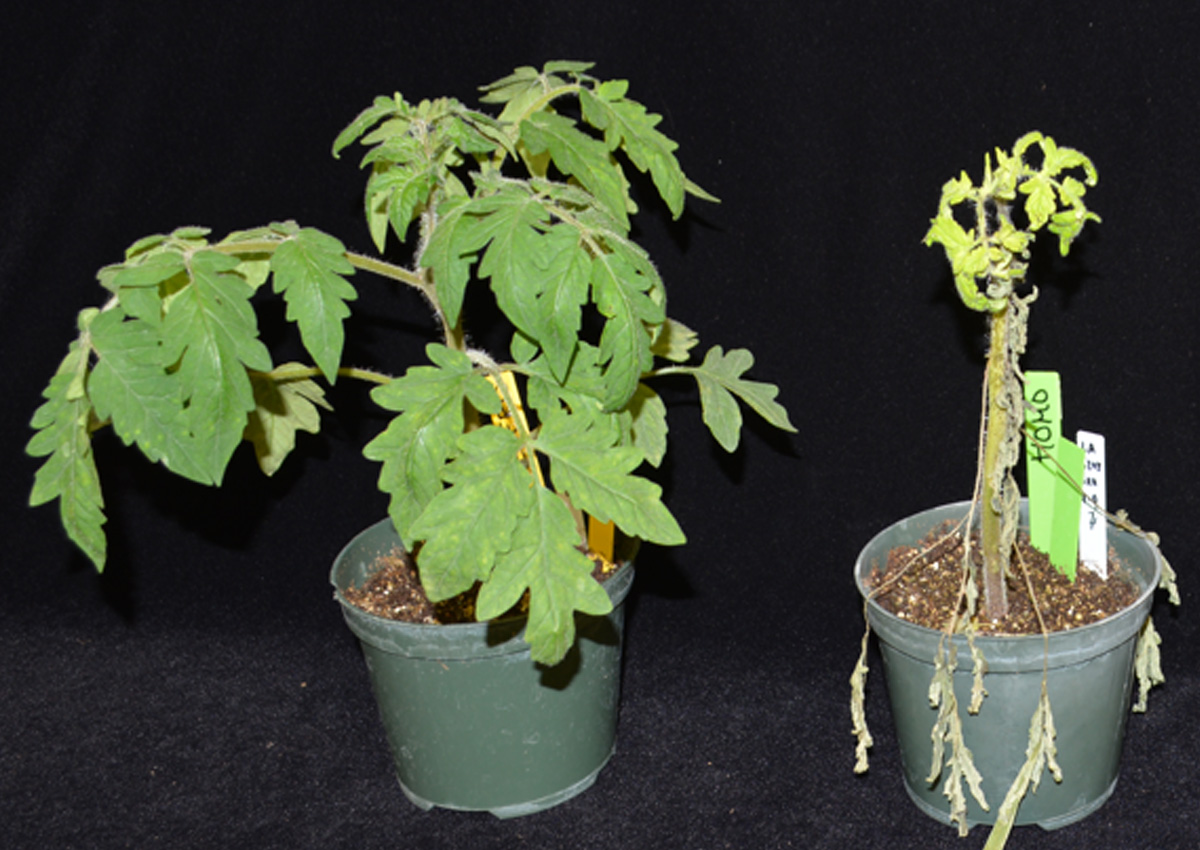 A tomato plant with the newly discovered Ptr1 gene (left) is resistant to the race 1 strain of bacterial speck disease, while a tomato plant without the gene (right) is susceptible. Photo Source: Greg Martin

Bacterial speck disease has reduced fruit yield and quality of tomatoes over the last few years. Pseudomonas syringae, the bacterium causing the disease prefers a cool and wet climate, so crops in cold places become particularly susceptible. Researchers at the Boyce Thompson Institute (BTI) may change this as they uncovered the first known gene to impart resistance to a particular strain, called "race 1", of the bacterium causing speck disease.

A previously discovered gene, Pto, which provides resistance to race 0 strains of P. syringae, has been used for over 25 years. However, crops remain vulnerable to the increasingly common race 1 strain, resulting in significant losses for growers. With the discovery of this new gene, which researchers call Pseudomonas tomato race 1 (Ptr1), damage caused by bacterial speck disease may soon become a thing of the past. They are now working to introduce the Ptr1 gene into tomato varieties that already have Pto. "If you do that, then you will have resistance to all known bacteria that cause speck disease," explains Greg Martin, one of the researchers.

Ptr1 codes for a protein that indirectly detects the presence of a pathogenic protein called AvrRpt2. Both apple and Arabidopsis have genes that encode proteins that also recognize the same bacterial protein. The researchers believe that the AvrRpt2 protein likely plays a key role in the pathogen's ability to infect plants. With the identification of the gene, the team is now focused on developing tomatoes that carry the Ptr1 gene.