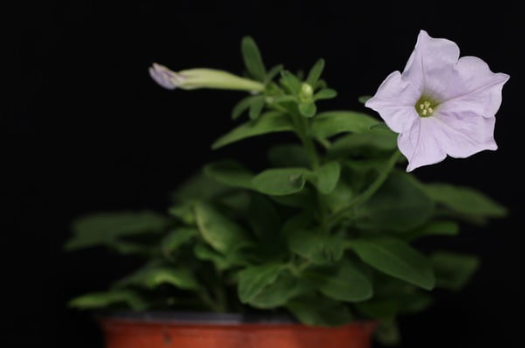 The research team led by professor Geung-Ju Lee of Chungnam National University and Toolgen announced that the new variety of petunia co-developed with CRISPR genome editing technology has been determined as non-GMO by the U.S. Department of Agriculture.

"We have succeeded in developing a new breed of petunia in pale pinky-purple color for the first time in the world by introducing CRISPR system," said professor Geung-Ju Lee. "Through the Research Center for Animal and Plant Genome Editing established by Chungnam National University and Toolgen, we plan to promote the development of new high-value-added genome editing variety crops and jointly respond to domestic regulatory issues."

For more details, read the article in Hankyung (in Korean).