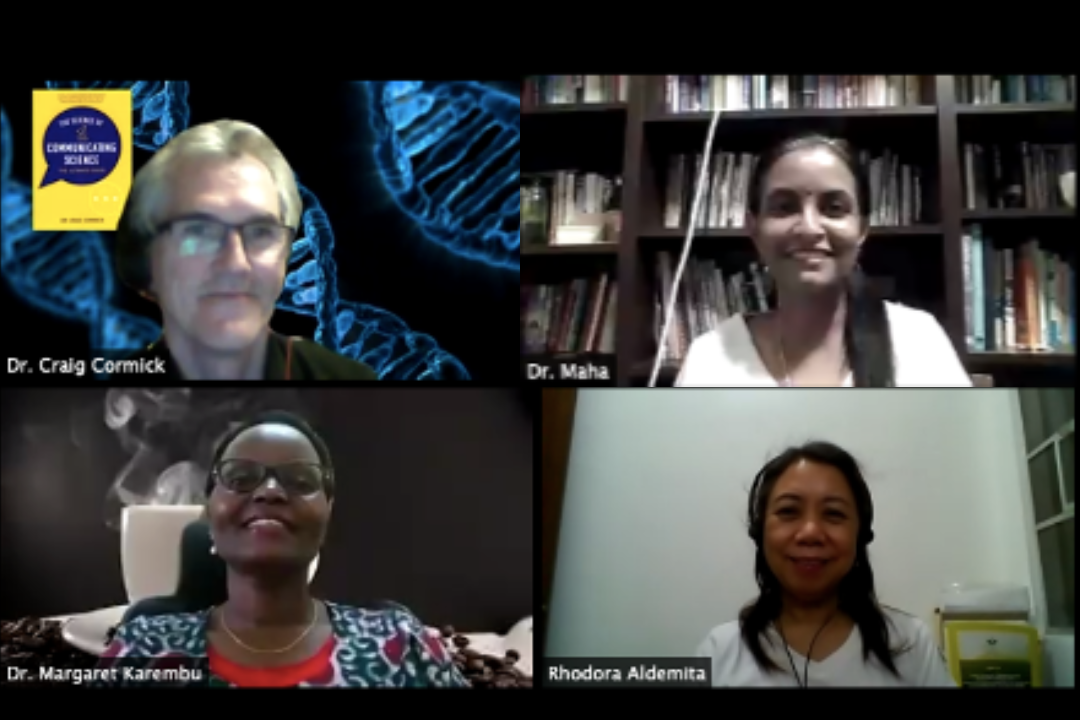 Scientists' inability to effectively engage with the public has partly contributed to public misunderstanding of gene technologies. This is according to Dr. Craig Cormick, a renowned science communication expert and author from Australia. This could be attributed to the fact that experts tend to believe that the general public wants to know as much about science as they do.

Speaking during an ISAAA webinar on Challenges of Communicating Gene Technologies held on August 7, 2020, Dr. Cormick said that ‘'Experts need to move away from debating the science and look for the values that underline their audiences' decisions." He highlighted the importance of beginning by first understanding the diversity of the public, segmenting audiences within that public by their values, before developing and framing messages that align with those values.

Dr. Cormick also underlined the importance of trust in effective science communication, adding that it is built on competence and ethics. He also encouraged experts to work with everyone, while acknowledging their concerns. "Do not downplay people's concerns and appreciate that. If you are not the right messenger, assign spokespersons your audience trusts to deliver the message," he added.

The one-hour discussion that was moderated by Dr. Mahaletchumy Arujanan, ISAAA Global Coordinator, touched on various issues related to public engagement of science, including the effect of COVID-19 on the application of genetic engineering. Dr. Cormick stated that COVID-19 and conspiracy theories surrounding the pandemic were likely to have a negative impact on trust and acceptance around genetic engineering (GE), adding that, "The voices against GE will probably become stronger because polarization in society has become more magnified."

The webinar, which was the fourth and last in a four-part series of webinars on genome editing run by ISAAA, was attended by close to 200 participants from 59 countries. Watch the replay at ISAAA AfriCenter's Facebook page.