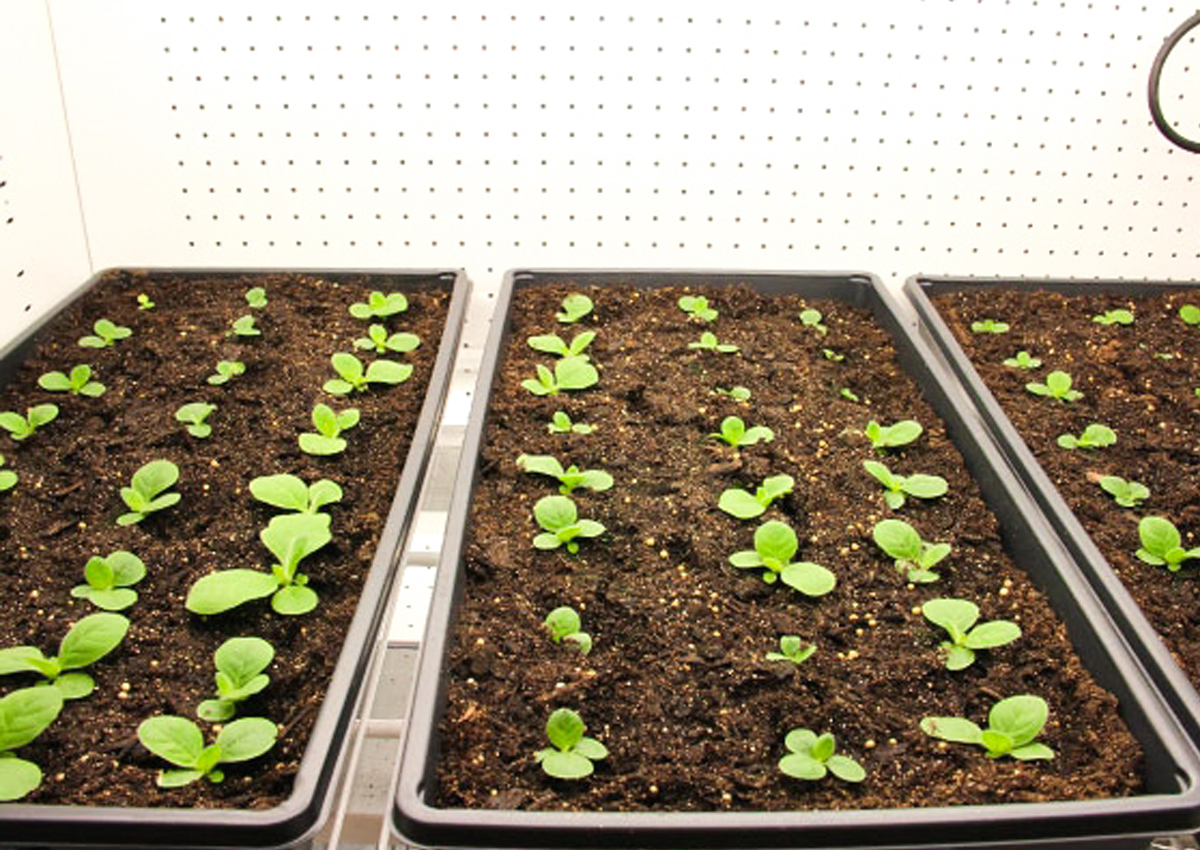 The Voigt Lab at MIT is first testing its novel plant engineering techniques on tobacco plants in the lab. The goal is to imbue these plants with nitrogen-fixing capabilities through genetic editing. Photo Source: Lisa Miller/J-WAFS

To develop nitrogen-fixing cereal grains, the researchers in the Voigt Lab targetted specific genes in the nitrogen-fixing bacteria that operate symbiotically with legumes, called the nif genes. These genes cause the expression of the protein structures (nitrogenase clusters) that fix nitrogen from the air. However, this genetic engineering work is a major technical challenge as the nif pathway is very large and involves many different genes. Transferring a large gene cluster is a difficult task and not only requires the researchers themselves to transfer the genes, but also replicate the cellular components responsible for controlling the pathway.

This leads the researchers into another challenge. The microbes responsible for nitrogen fixation in legumes are bacteria (prokaryotes) while gene expression is completely different in plants, which are eukaryotes. Reengineering the nif pathway in a eukaryote is tantamount to a complete system overhaul. The Voigt lab found a workaround and targetted organelles within the cell — specifically, the chloroplasts and the mitochondria. The team then designed a nitrogenase gene delivery system using yeast. They inserted the nitrogenase genes into the yeast nuclei, which are then targeted to mitochondria using peptide fusions and resulted in the first eukaryotic organism to demonstrate the formation of nitrogenase structural proteins.

This research obtained groundbreaking results, moving closer to fertilizer independence through nitrogen-fixing cereals. The research team made headway in targeting nitrogenase to mitochondria and were able to express a complete NifDK tetramer — a key protein in the nitrogenase cluster — in yeast mitochondria. Despite these milestones, more work is yet to be done.